The whole process of dealing with a cancer diagnosis can seem utterly terrifying and incredibly isolating. Following our daughter’s leukaemia diagnosis I felt compelled to use our own experiences to explain some of the many impacts that cancer has on a young person’s life and the way it affects so many people around them. Blogs written by Rachel 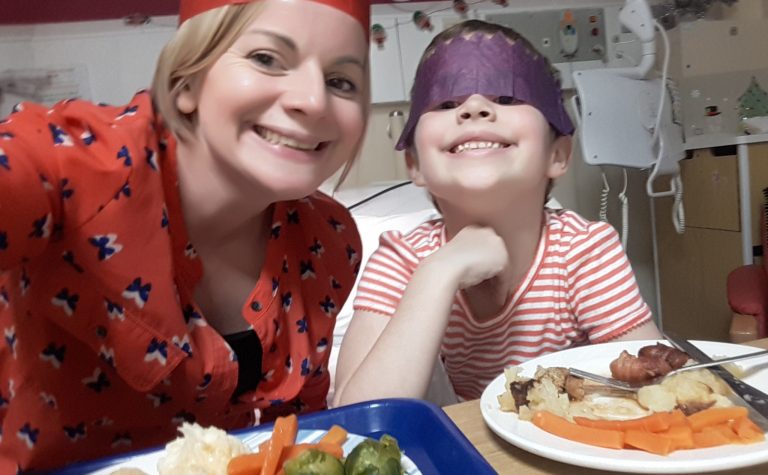 When cancer dominates the festive season

After almost a year of intense chemotherapy, Suki reached the maintenance stage of cancer treatment in early December. But while we were hospital on 22 December, Suki started to feel unwell, she spiked a temperature and was admitted to hospital that same day.

Bloods were taken and Suki started on intravenous antibiotics straight away. Her daily chemotherapy was stopped immediately to give her body a chance to fight the infection. Suki also had to remain in isolation, due to her very low immunity; so no venturing out of her hospital room. She couldn’t join in activities in the hospital playroom or even walk along the corridor.

Her bloods came back as being neutropenic, which meant she had very little in her own system to fight the virus. Suki’s body was weak and frail; she was very hot, lethargic and aching all over. Nearly a year into treatment by then, we were used to this kind of temperature spike and hospital admission, but the worry that comes with it is always the same, your child’s life is always at risk at times like this, and that pounding in your heart is always there. 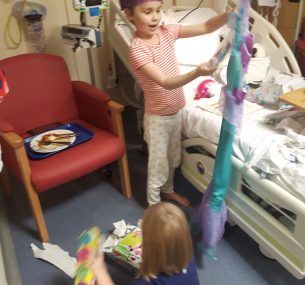 Suki contracted a virus and her temperature was soaring on Christmas Eve. As the Salvation Army band played carols in the corridor outside her hospital room, Suki looked on hooked up to drips and machines; tears quietly rolled down my face, it felt like we were living a dream.

She bedded herself down for yet another night in isolation; very quickly realising we’d be in hospital on Christmas Day, she sobbed.

Having a two-year-old daughter and husband at home, we then had to come up with another manic plan of action as to how to work through the logistics of the next few days, and still in some way make sure Christmas was special for our girls.

Pete came to hospital with our younger daughter late on Christmas Eve. I then returned home with Betsie, it was a quiet journey watching the twinkling lights and others bustling about sorting last-minute errands.

Laying out stockings, a mince pie and carrot at home was a real lump-in the-throat moment, knowing Suki was lying in a hospital bed nearly an hour’s drive away. 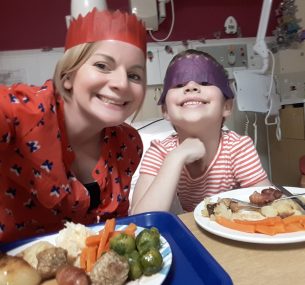 Keeping the magic of Christmas alive on the ward

Christmas morning I woke at home with our younger daughter. It was such a strange feeling, it was the first Christmas where Betsie had an inkling that it was special day, but this was far from normal, it felt so quiet and still. I took photos as evidence the Big Man had visited and jumped in the car to hospital. It was undoubtedly the quickest journey I’ve ever had to hospital, very little else is on the road at 8am on Christmas morning!

We spent Christmas Day in hospital as a family of four and in fact had such a special day. Suki herself was starting to respond well to the antibiotics, which made a huge difference enabling her to enjoy the day.

The staff were all simply amazing, they went above and beyond in everything they did. A senior doctor dressed up as Father Christmas and got grilled by our two-year-old in hilarious fashion…questioning his choice of footwear, where he’d parked his sleigh, the state of his beard etc! Another doctor performed a hilarious routine with his pet (puppet) singing turkey on his shoulder, apparently something of legend on the hospital ward!

We all enjoyed a delicious Christmas dinner, albeit eaten in shifts, balanced on laps, me at Suki’s bedside, the others in the hospital play room. We had crackers, and gifts donated by local companies.

Knowing so many special people were giving up time with their own families to look after our poorly daughter made it an incredibly emotional and heart-warming day.

It truly made us realise how lucky we were to have each other and really that was all that mattered. 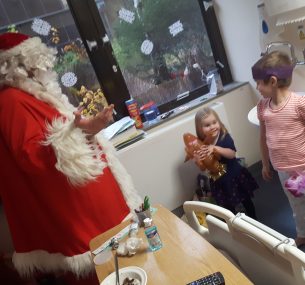 The last three years of our lives have been dominated by childhood cancer and Suki’s illness. Our younger daughter doesn’t remember life before Suki was ill, hospital and continually rearranging plans are all very much normality for her.

We’ve spent the last few years living on tenterhooks, knowing that Suki could spike a temperature and end up in hospital at any moment. Until you live with that pressure day in, day out it is very hard to explain how incredibly exhausting it is.

You want to have moments to look forward to and make the most of the special times, but you’re also reluctant to put plans in the diary for fear of having to cancel.

To have a Christmas without that constant worry hanging over us is hard to put into words how much it means. The relief, the excitement, the simplicity of what is important to us as a family is certainly forefront in our planning this year.

It has certainly made us look at Christmas, and life, in a very different way. 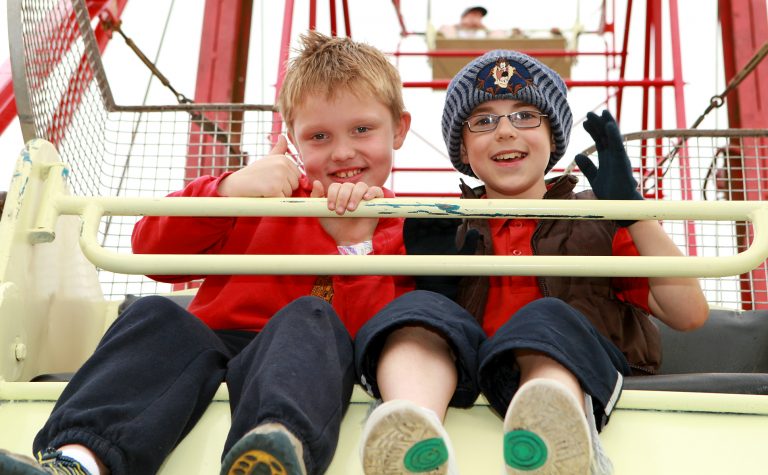 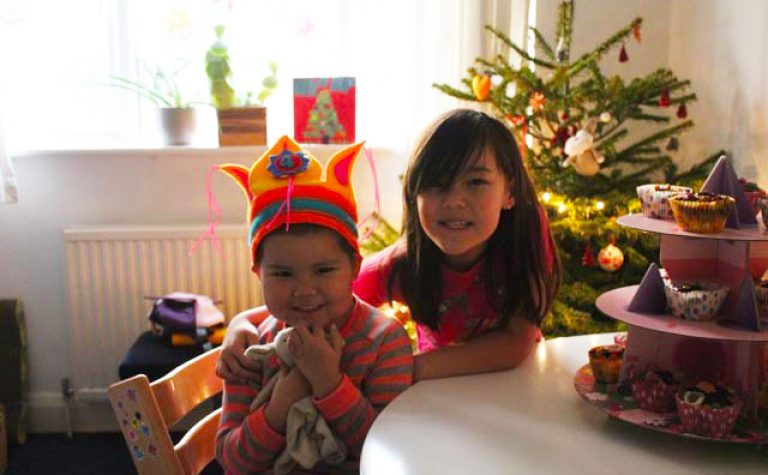 The impact of cancer on a family is not only felt whilst a child is receiving treatment – it lingers for many more years afterwards. 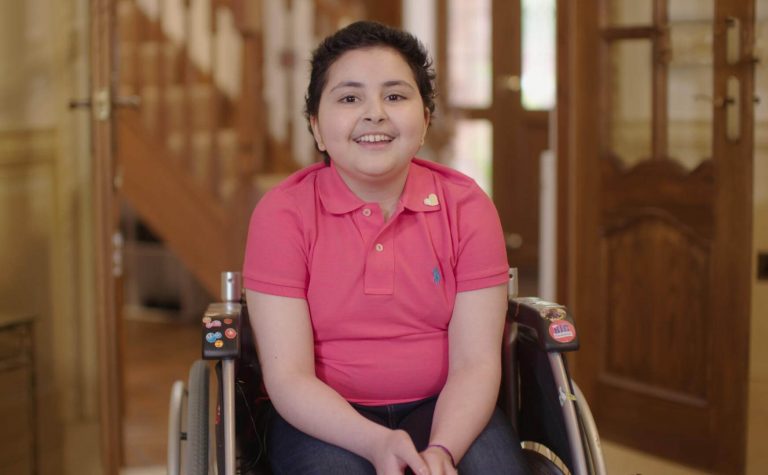 This year, we are launching two new Christmas parties – one in Manchester and one in London – for families affected by childhood cancer.