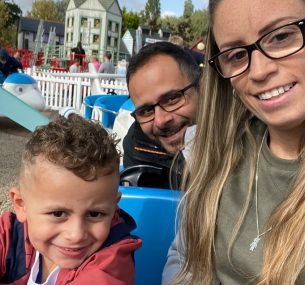 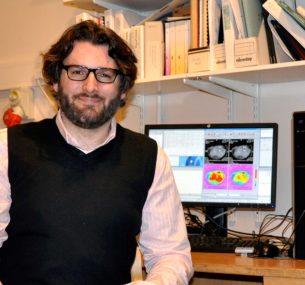 … could help fund research fellowships, so scientists like Dr. Yann Jamin can focus their work on saving young lives. 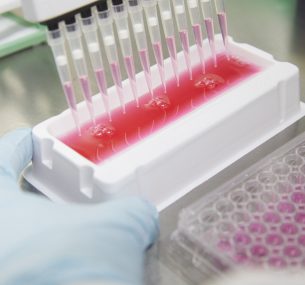 …could help fund research that aims to find new courses of drugs to avoid treatment which can cause lasting damage. 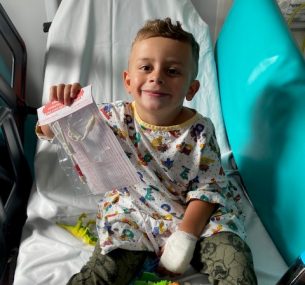 …means that we can continue to invest in research that will help children like Lewis. 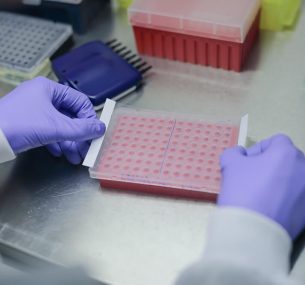 …could cover the cost of a month’s worth of data storage and analysis for vital projects like Precision Medicine. 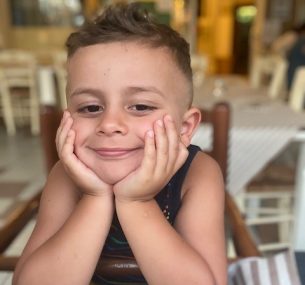 …could help doctors with projects such as researching the damage that cancer drugs can have on growing children like Lewis, so safer treatment can be found.

This World Cancer Day, donate £5 and help support life-saving childhood cancer research. COVID-19 has meant we have a funding gap of nearly £5 million. With your £5 donation, we can continue to invest in research that will help children like Lewis.

What is World Cancer Day?

World Cancer Day takes place on 4 February every year. The day aims to raise awareness, improve education and galvanise action to reduce the devastating impact that cancer has on the world. It’s led by the Union for International Cancer Control (UICC) and Children with Cancer UK is proud to support the cause.

This World Cancer Day, 12 children and young people in the UK will be diagnosed with cancer. That’s 4,500 cases per year. This year, it’s more important than ever that we don’t lose sight of the need for progress, even in the face of the COVID-19 pandemic.

More research into childhood cancer is urgently needed, so that we can help save more lives and develop kinder and safer treatment options.

Like so much of our lives, COVID-19 has had a huge impact on childhood cancer, and not just in delays to diagnosis and treatment. As a result of the pandemic, along with other research funding organisations, we have faced income losses of close to £5 million, which are expected to continue in 2021.

This means we may not be able to fund as many new research projects. This is vital and life-saving research that will help children like Lewis, who at the age of four, has already been through so much.

So for World Cancer Day 2021 – get involved and spread awareness of childhood cancer and the urgent need for more research. Find out more below of how you can get involved. 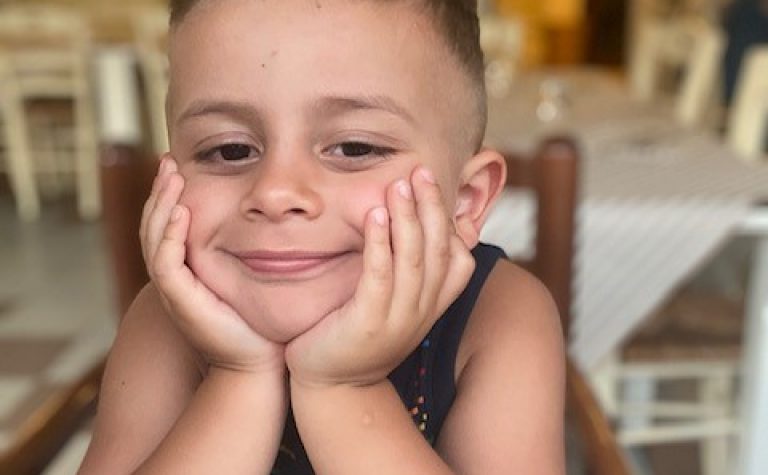 How you're helping - Lewis' story

Lewis was diagnosed with neuroblastoma in 2018. He was just a year old. The doctors discovered a tumour that was a massive 13 cm. Thanks to treatment, it shrunk to 6 cm, but then the treatment stopped working. Thankfully, the tumour seemed stable, so we just had to watch and wait. 16 months later, an MRI scan showed that he had another tumour, so he now had one on either side of his abdomen. It was such a blow. He didn’t respond to chemotherapy, so was put on radiotherapy in February 2020. To make matters worse, he then tested positive for COVID-19, and spent two days in hospital.

Lewis’ mum Marie tells us: “Since recovering from COVID-19, Lewis has also finished his cancer treatment. It breaks my heart that he’s missed out on so much at such a young age, like making his first friends and having playdates. The future for Lewis is still unknown, but he remains to us a real superhero.” 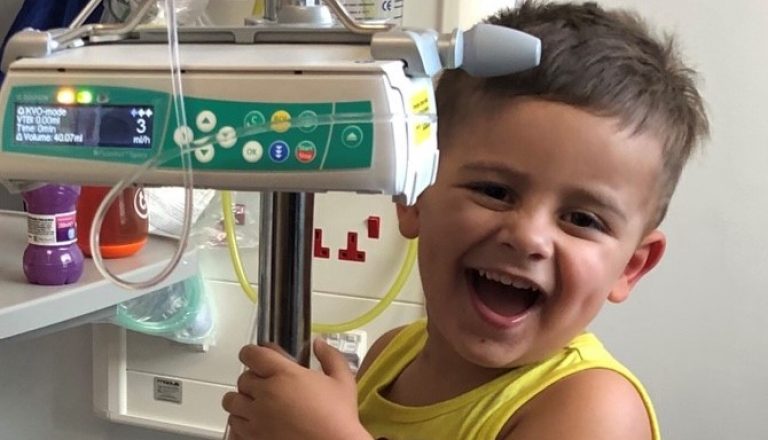 Get involved in World Cancer Day 2021

This World Cancer Day, get involved to spread awareness of childhood cancer, and the urgent need for more research. 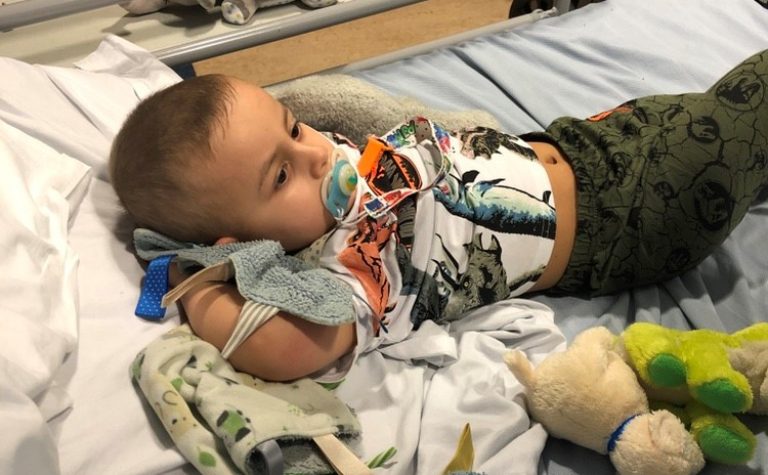 Take on the ultimate gaming challenge of gaming for 12 hours with our Game 2 Cure challenge. Game one hour for each child and young person being diagnosed with cancer in the UK every day, and you have yourself a 12 hour gaming marathon. Find

This World Cancer Day, you can help raise awareness of the need for more childhood cancer research. We've created a Zoom and Teams background that you can use to show your support. It'll look mirrored on your screen when you use it, but for those

The research that gives hope

Scientists are researching new, effective and safer treatments for children with neuroblastoma, but there is also a need to find a way of speeding up how new drugs get tested so that they can be delivered to the children who need them urgently.

Dr Yann Jamin, at the Institute of Cancer Research, is looking at how techniques can be adapted by using MRI technology so that they can be developed to help children facing cancer. He is also exploring new ways of monitoring response to treatment and identifying earlier when treatment isn’t working. 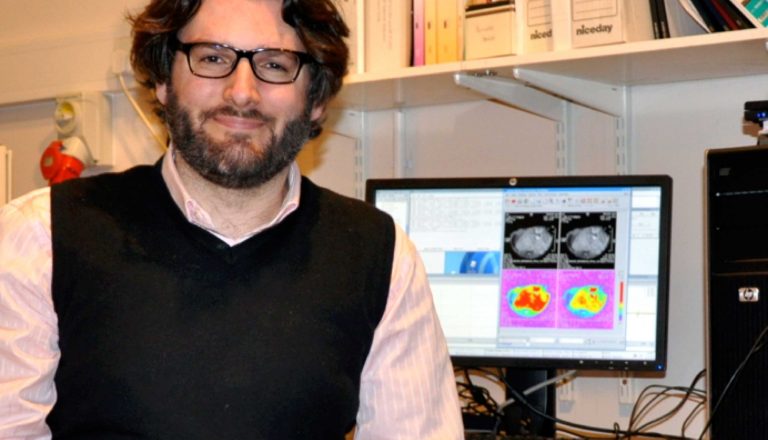 In 2020, we asked you to stand with us and commit to one action that would help achieve a world where every child survives their cancer diagnosis. Watch our short video to see how others responded to “I Am and I Will”.

We're here to help so please don't hesitate in contacting us: