Hello! My name is Lobke and for the past 15 years it has been my job to prepare for and support children, young people and their families through their radiotherapy treatment. Blogs written by Lobke 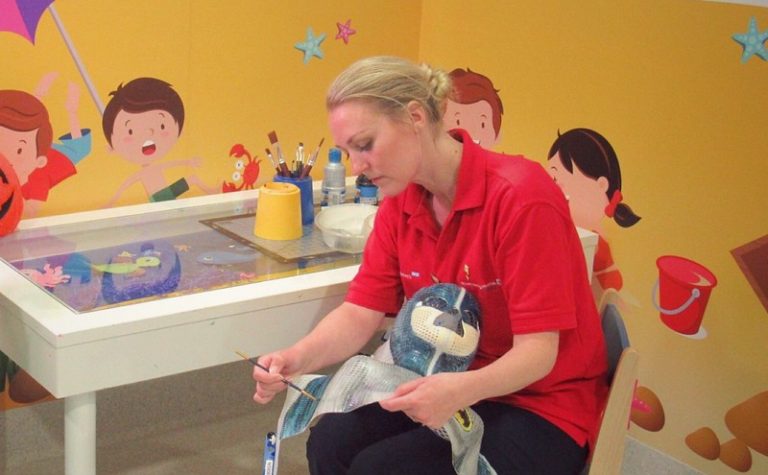 Hello! My name is Lobke and for the past 15 years it has been my job to prepare for and support children, young people and their families through their radiotherapy treatment.

Radiotherapy can be daunting for anyone at any age. As a team we are always looking at ways how we can make this experience a little easier and the best it can be. Quite some time ago we came across a photo on the internet, shared by a hospital in America. It showed an orfit radiotherapy mask painted as Spiderman. We absolutely loved the idea! The look of radiotherapy masks can be perceived by many as clinical and scary. Seeing it decorated at Spiderman completely transformed this and made it a look a lot friendlier. This was something we wanted to offer to our patients!

The idea of mask painting was discussed with the wider team and everyone was full of enthusiasm and happy to get involved. Small squares of Orfit mask material were provided by the mould room technicians and I was asked to paint these squares in different colours and different thicknesses of waterbased acrylic paint to make sure these could all be tested for safety. As soon as the report showed it didn’t affect the radiation dose we had the go ahead! 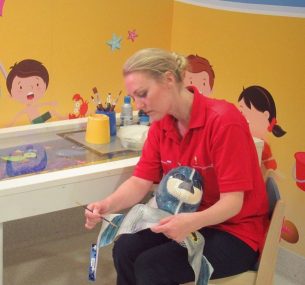 Did he really just say he was excited?!

The first mask was painted for a 4 year old boy. Before meeting him this boy was told by the team that I would be able to paint it for him. On our introduction meeting he told me he had been thinking about his mask and he was excited about having it made,as he wanted to be Spiderman! Did he really just say he was excited?! This was completely new to us. On the first day of treatment the little boy showed up in his Spiderman costume and couldn’t wait to wear his matching mask. It was then that we knew that “that little bit of paint”  was so much more than just that. It meant his mask was no longer just a treatment mask – it was Spiderman.

We have since had many young children dress up to match the character painted on their mask. Young children seem empowered by this. Almost taking on some traits of the character they become, like some type of role play – making it easier to cope with the treatment they are expected to go through.

I have since painted around 70 masks. Superheroes seem to be very popular but anything goes. We had a young girl who had lost her hair and wanted her hair painting on. A teenager who wanted a teddy that she had since birth painting on her mask for comfort. 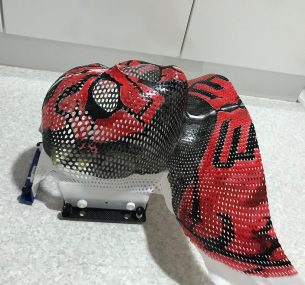 This saves the NHS a great deal of money

An 18 year old asked for a target to be painted on where his tumour had been, saying this acted as his reminder why he was going through treatment every day. He mentioned by painting his mask it became his. He also said that for him it meant a great deal to have a little control back since there is so little from the moment you get diagnosed. You are told where / when / how to have your treatment. He mentioned that being able to pick his own design meant that for that moment in time he was distracted from treatment and handed back a little control. The mask is still on a shelf in his room and seeing that painted target reminds him of how far he has come.

If children are unable to keep still for their radiotherapy treatment they will require a daily general anaesthetic. Since we started painting the masks we have noticed that very young children are able to tolerate their mask during treatment and are able to have their treatment awake. This saves the NHS a great deal of money but more importantly improves the whole patient experience for the children as well as their families.

Yes painting the masks can be quite time consuming but being able to turn something that was previously perceived as (some patients would say) “scary” into something that puts a smile on their face makes it all worthwhile! 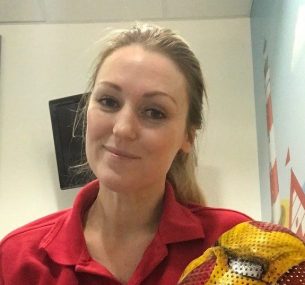 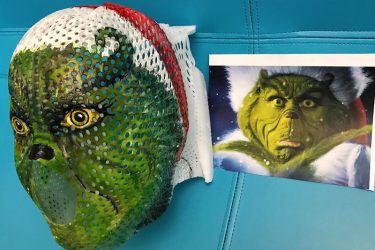 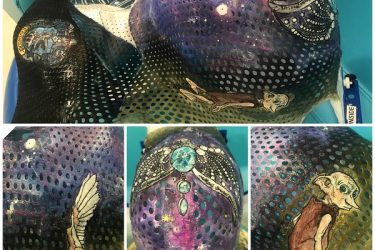 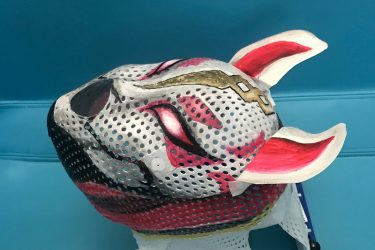 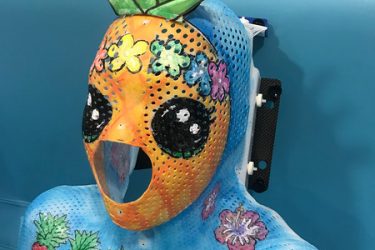 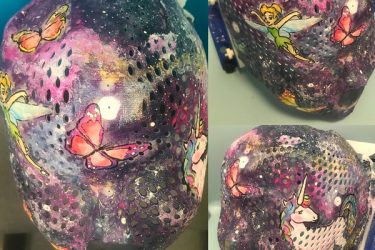 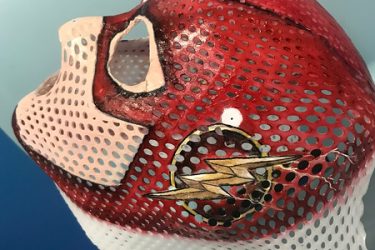 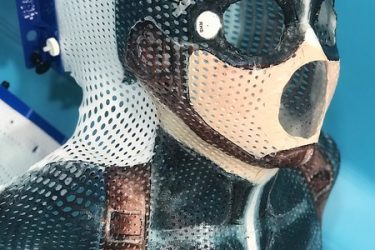 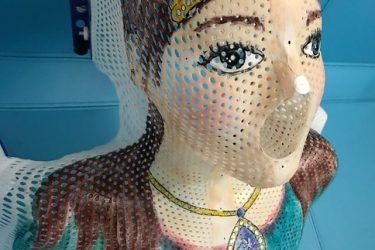 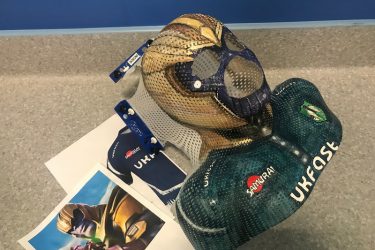 Find out more about what it is like to deal with childhood cancer. 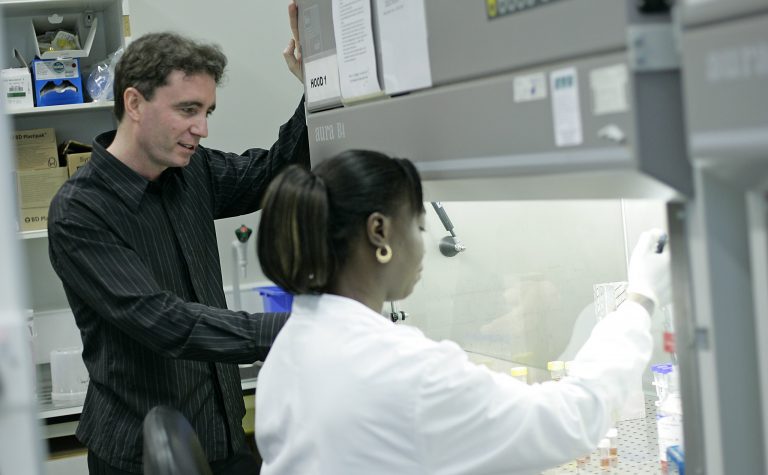 What is radiotherapy? Find out here.

We have funded over 200 research projects. Find out more.