Albie was eight months old when he was diagnosed with Wilms’ tumour, a type of kidney cancer. His mum, Lorna, tells their story: 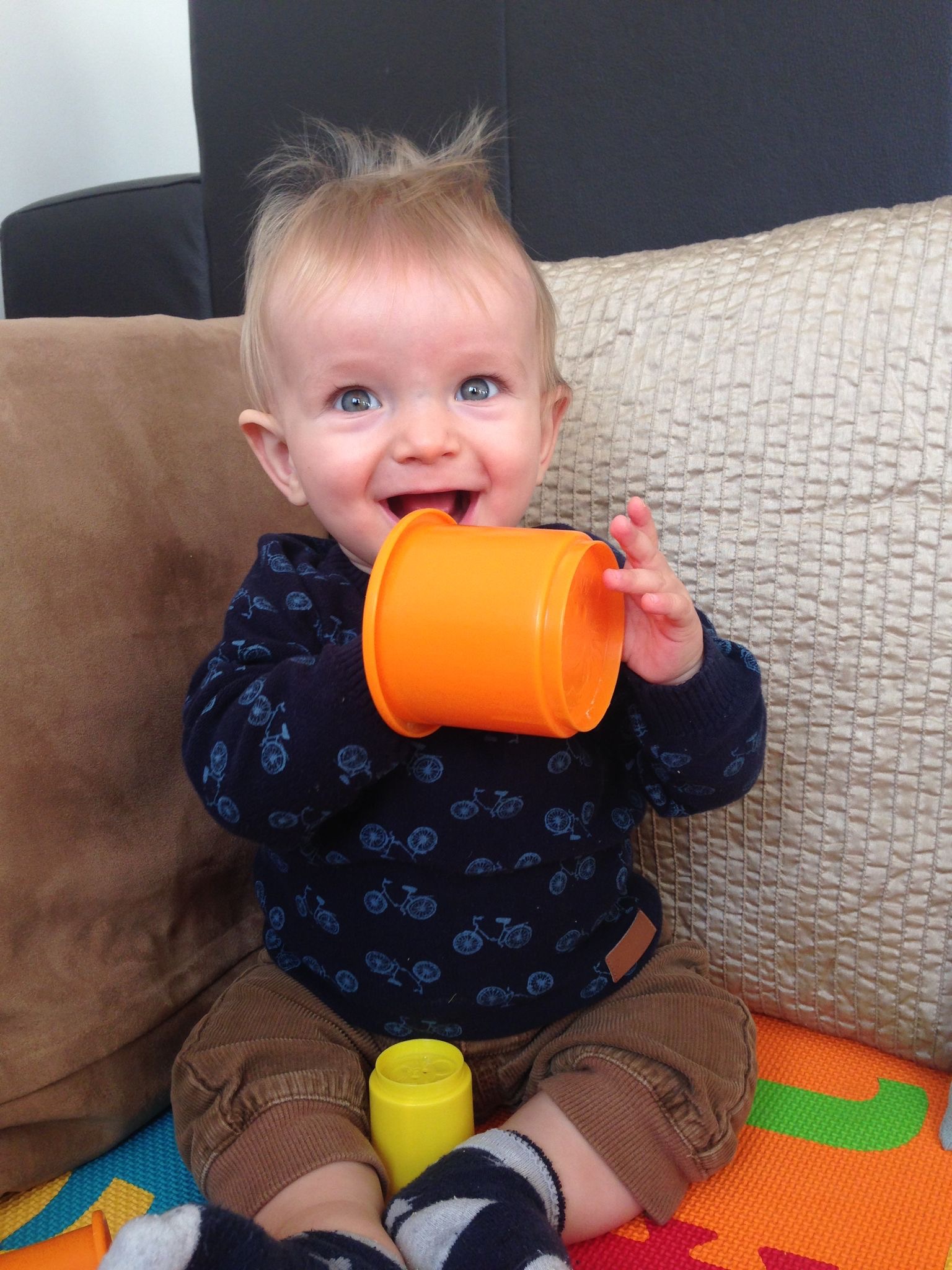 We received a worrying call

On Saturday 22 October 2016 my husband and I were enjoying a rare weekend away in London to celebrate my 30th birthday.

We received a worrying call from my mum late in the afternoon. She had noticed a lump in Albie’s stomach when changing his nappy. As a precaution my dad had taken him to our local A&E to get checked over.

My husband and I immediately jumped in a taxi from London for what felt like the longest journey of our lives. The moment the doctor took us into a separate consulting room we knew our lives were about to change forever.

We felt as if we were watching the drama unfold from the outside looking in. The doctor confirmed that their ultrasound scan on Albie had highlighted the presence of a large, right-sided abdominal mass. He also had significantly raised blood pressure.

There a consultant confirmed that the initial scan pointed towards the abdominal mass being a Wilms’ tumour of the kidney. But a CT scan, heart echo and biopsy would be needed to confirm this.

Over the following days Albie had a more detailed CT scan, under sedation. This was followed by a heart echo and surgery for a biopsy and port insertion, under general anaesthetic. The rest of the first week was a blur of constant observations – heart rate, temperature, blood pressure. Also blood pressure meds and just generally getting to grips with hospital ward life.

Once the biopsy results had confirmed we were dealing with a Wilms’ tumour we went straight into chemotherapy cycles and a countdown to major surgery. The surgery would be to remove the tumour and affected kidney. 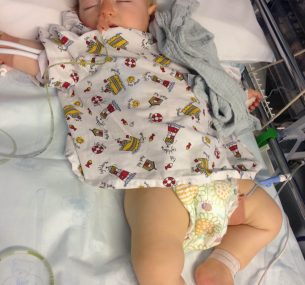 Thankfully with the stabilisation of Albie’s blood pressure thanks to medication, we were allowed home after a week. We could continue treatment as a shared care patient between our local hospital and the specialist oncology ward in at a different hospital. Being at home for the vast majority of treatment helped us retain a small sense of ‘normal’ family life for Albie and his three-year-old sister.

From then on our lives became a cycle of weekly chemotherapy (administered through Albie’s port); observation visits from our community nurse; and generally just trying to keep Albie as healthy as possible.

Thankfully Albie has not suffered many nasty side-effects from his weekly chemo. Aside from the high blood pressure and slight hair thinning you really wouldn’t know he had been so unwell. It has been a very strange ‘chemo bubble’ where we felt our old lives were put on hold and ultimately our outlook on life would be altered forever.

Operation to remove tumour and kidney

Albie received his last dose of chemo on 4 January 2017, 12 weeks after his initial diagnosis. 6 December 2016 brought a gruelling 5.5 hour operation to remove Albie’s tumour and affected kidney. Thankfully the surgery was a success and Albie’s cancer was confirmed through histology as Stage 1.

We are keeping everything crossed that his end of treatment scans scheduled for the start of March do not show anything untoward, and we can start to regain a life not consumed by cancer. 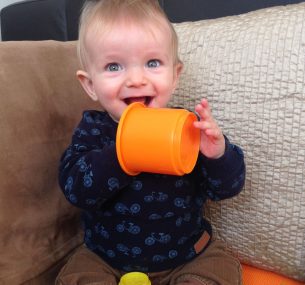 Still worried, but so thankful

We will always worry that the cancer will return, but for now we just cannot wait to move forward and get back to a bit of normality. The support from our wonderful family and friends has been invaluable. And Albie’s big sister has been our constant ray of sunshine throughout these difficult months.

We are so thankful for the exceptional care that Albie has received by every medical professional he has come into contact with, both in hospital and at home. We will forever be grateful that they chose those very special career paths. Albie has remained an absolute superstar throughout this journey, smiling and winning the hearts of everyone he comes into contact with. We are incredibly proud of him. 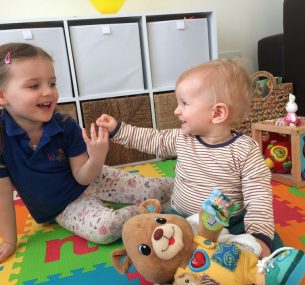 Albie’s end of treatment scans at the start of March 2017 thankfully showed no sign of any recurrent disease. Albie has gained in strength and turned one. Since completing chemotherapy in January and his consultant has been pleased with his progress. Albie will still face three monthly ultrasounds and X-rays for the next three years. These will then become slightly less frequent but for now we are enjoying getting back to a ‘new normal.’

Many imagine you’ll be jumping up and down with joy at the end of treatment, but the reality for us it was more of a sense of relief, tinged with anxiety about leaving the safety net of weekly checks. Luckily our consultants are still very accessible so we do still feel supported. Albie continues to be an inspiration to us all and we really do value family time more than ever. 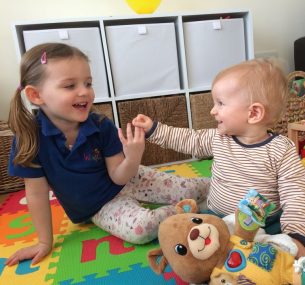 If you’ve been touched by Albie’s journey, help us invest in the high quality research that really matters which would otherwise go unfunded. 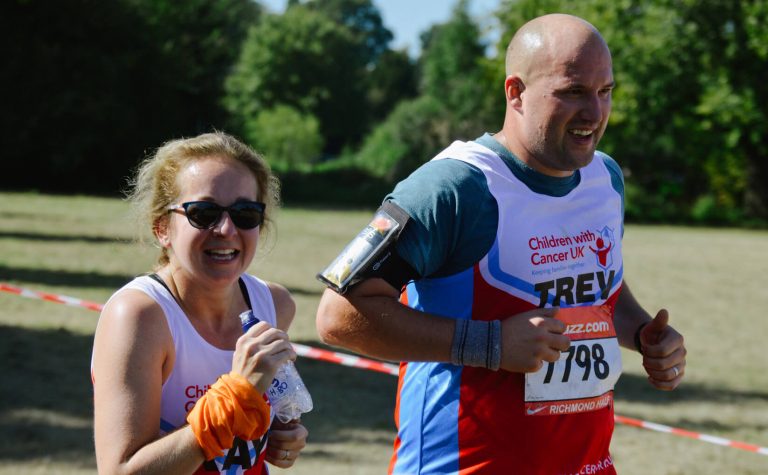 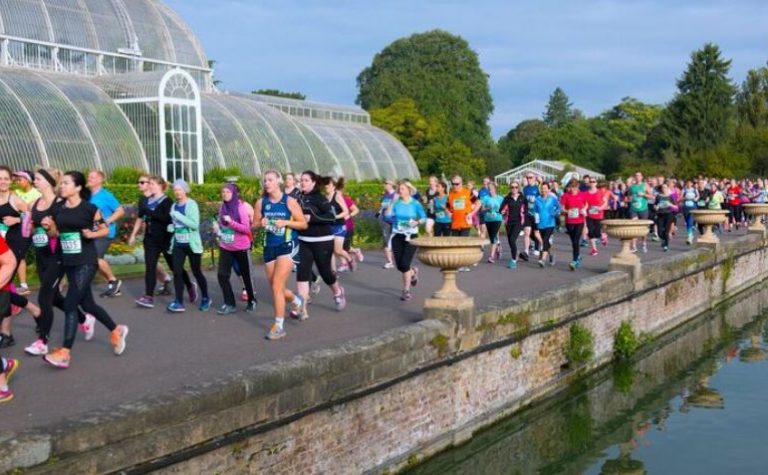 AIR stands for Audio Inspired Running, and the AIR : 10K is encouraging runners to beat the headphone ban and