Kodie was four years old when he was diagnosed with a Wilms’ tumour. His mum, Simone, tells their story: 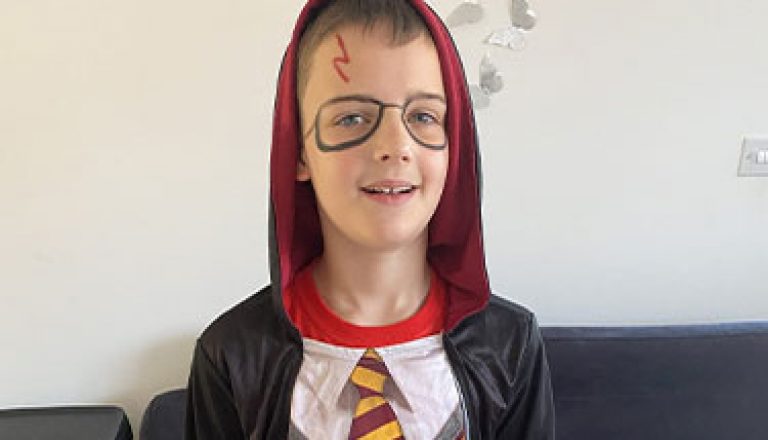 How I found out was very strange. Kodie had problems with his bowels and needed to take Movicol every day to help him go to the toilet. So it wasn’t unusual for him to have a swollen tummy. One night Kodie woke up crying – he was in pain and holding his left side. I gave him Calpol and booked him to see the doctor early the next morning. 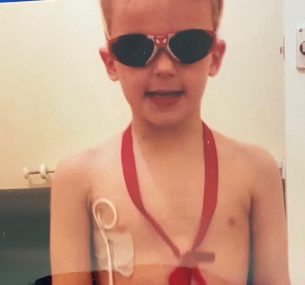 The doctor examined him and said she was concerned. She wanted him to go straight to hospital for scans. I still just thought it was a water infection or food poisoning.

Kodie had ultrasounds done and we waited for the results. The doctors then took us to a room and gave us the devastating news: my little boy had a cancerous tumour – this would be confirmed with a biopsy.

My world came crashing down. I cried so much. That was the one time I let it get to me. I then picked myself up and discovered a strength that I didn’t even know I had. 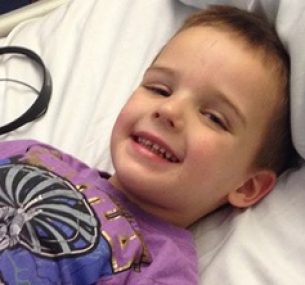 Kodie was transferred to Addenbrooke’s hospital where he had further scans and then a biopsy. He also had a Hickman line fitted for his chemo which he started pretty much straight away.

When the biopsy results returned saying it was a Wilms’ tumour we were relieved. I know this sounds odd, but we finally knew what it was and now the doctors could treat it accordingly. We were also told it was strange since Wilms’ tumours don’t normally cause any pain – so for Kodie to wake in pain that one night only was very odd. I still see this as having been a sign to tell us he wasn’t well.

Kodie’s operation to have his kidney and tumour removed was booked in. It was to happen a few weeks into the chemo since the chemo would shrink the tumour and make the operation easier. 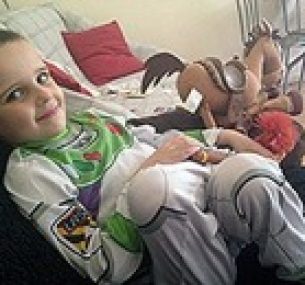 It was the worst time of my life seeing my little boy in intensive care with all these tubes coming out of him. When the time came to have the operation Kodie was full of energy and it just didn’t seem fair.

He was in the theatre for six and a half hours. Every minute felt like a lifetime. His operation wasn’t straightforward as his kidney and tumour had got stuck. Kodie lost lots of blood and had to have a blood transfusion. He was then taken straight to intensive care and sedated for a couple of days.

It was the worst time of my life seeing my little boy in intensive care with all these tubes coming out of him. Once he came round from the sedation he was transferred to the ward. He recovered very quickly and his scar is so neat! 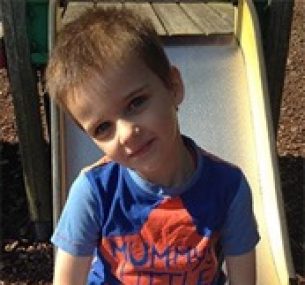 Kodie was diagnosed with Stage 2 cancer. He had to have chemo for seven months in total. Thankfully his treatment is now finished and he’s in remission, which is great news.

Kodie has been an amazing little boy. He’s been so strong and has never let things get him down. I couldn’t be prouder. We are very happy and trying to stay positive, because there is no other way to be. I’m so thankful for the doctors and nurses. What amazing people they are. 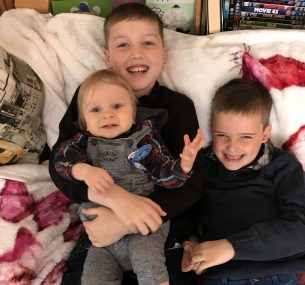 Update on Kodie: 10 months in remission

Kodie has been in remission for nearly 10 months now. He has three-monthly check-ups which include a scan and x-ray. They will continue until he is 10 years old. This is to make sure the cancer hasn’t returned.

It’s always a very tough time around the time of the scan and, as always, Kodie is so laidback and takes it in his stride. His next scan is coming up and I’ve got that dreaded worry in my stomach I always get. But we have to think positive.

Kodie is strong and amazing and makes me the proudest mum. 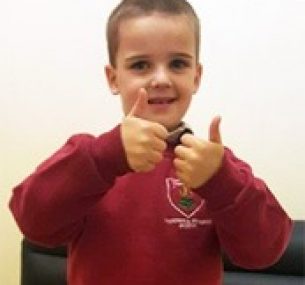 Kodie is still having regular scans although he is now down to one every six months which is another positive step. Kodie is growing into an amazing, handsome, energetic little boy and I couldn’t be prouder! He’s got loads of friends and is such a sociable little boy. Kodie is also now a big brother too as he has a baby brother who’s 11 months now. He’s such a good big brother and always gets his baby brother laughing. 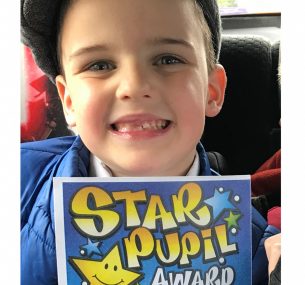 Kodie had another check-up and xray at the start of June and it came back clear for Kodie so that was great. The check-ups are now a little further apart which I’m assured is a good thing. We recently went to Centre Parcs as a time away to recoup and spend much appreciated family time – just me and my three boys. Kodie got to do some football which he loves. Kodie’s having physio on his legs for his leg pains he was getting and this seems to be working which is great.
Simone, mum, June 2018. 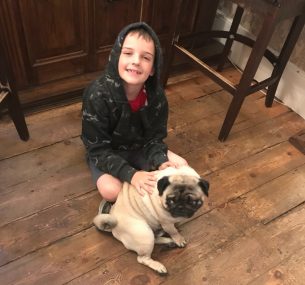 Kodie recently had another check up and I’m pleased to say all is fine and Kodie is still cancer free! He now has six monthly checks between a couple of hospitals. Kodie is growing brilliantly and he’s such a happy and caring boy. I don’t think he quite comprehends exactly what he went through and I think it’s better that way. Kodie was recently diagnosed with autism and learning difficulties, he makes me so proud to be his mum. 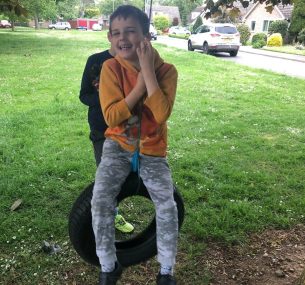 Kodie’s last check up was great, he’s growing well and he’s healthy. He’s been given the all clear now which is amazing, so the check-ups he has are mainly for his growth and any after effects of chemotherapy.

Kodie gets a lot of pain still in his legs and back and he’s currently having physio for the back pain. Kodie has hypermobility which also impacts him a lot but he’s a strong boy! 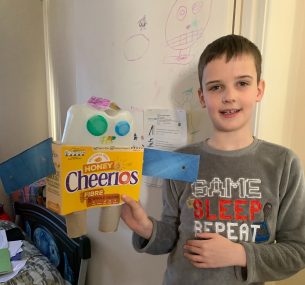 Kodie is now in Year 6 at school, he had to change schools in September but settled in so well and has already shown some of his classmates his big scar on his belly. He is due to go up to secondary school this year and he’s very excited about this as am I. There was once a time I didn’t think that was going to happen. Kodie is growing nicely and still has regular six monthly check-ups to keep an eye on his growth as one of the side-effects of chemotherapy is that it can stunt his growth.

We are all in lockdown like everyone else but getting out for a regular walk is helping a lot. I’m so proud of how far Kodie has come over the years, he really is my little hero. 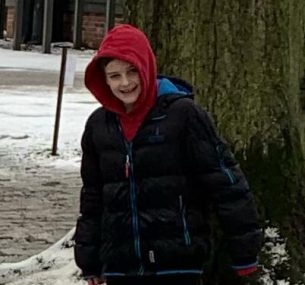 Kodie had a check-up couple of months ago and is now going to move to yearly check-ups to make sure he is growing well and that he is healthy. His team also mentioned that he is all clear and with minimal chance of the cancer coming back. Which was great news for Kodie and we were very happy to hear that.

Kodie did get COVID-19 before Christmas 2021 and had to isolate for 10 days but thankfully he didn’t suffer too badly with it despite his immune system not being as good as it was before his cancer treatment.

Kodie is now doing ok. He is back at school which he is enjoying and is in Year 7 at secondary school. He also just turned 12 years old two weeks ago in December 2021 and as always I am so thankful for every birthday he has. 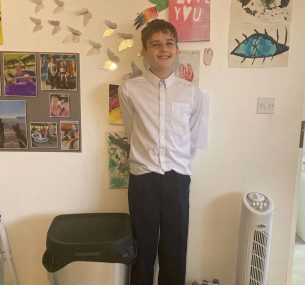 If you’ve been touched by Kodie’s journey, help us invest in the high quality research that really matters which would otherwise go unfunded. 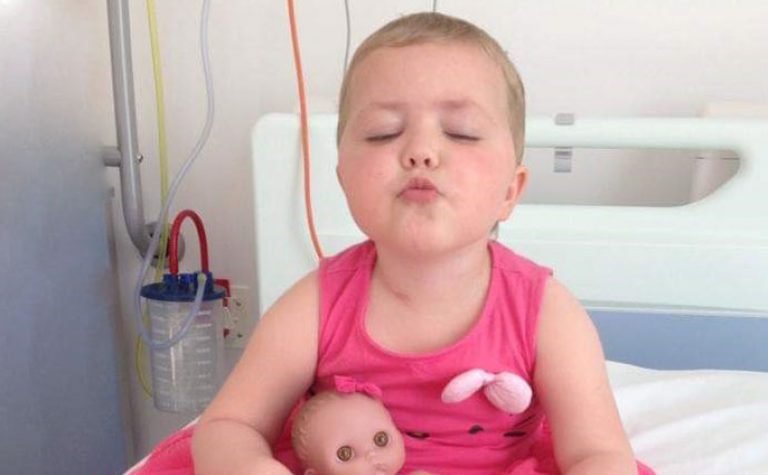 Sofia was diagnosed with acute lymphoblastic leukaemia in 2013 when she was only two years old.  Her mum Zoe 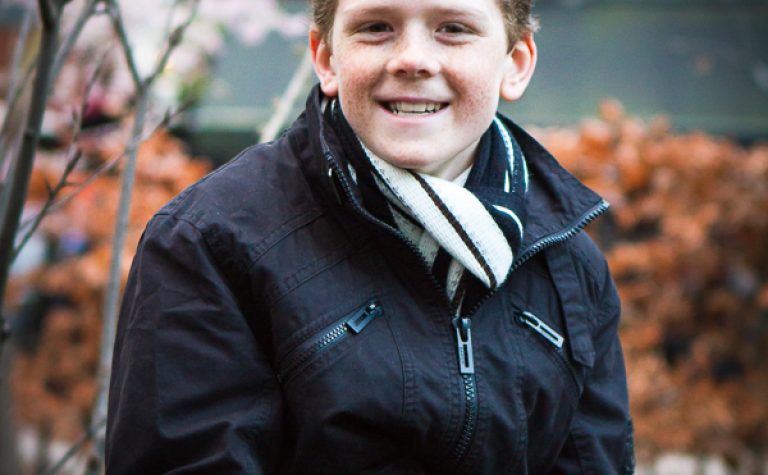 Kalem was diagnosed with non-Hodgkin lymphoma when he was a 10 year old child. His mum Victoria shares their 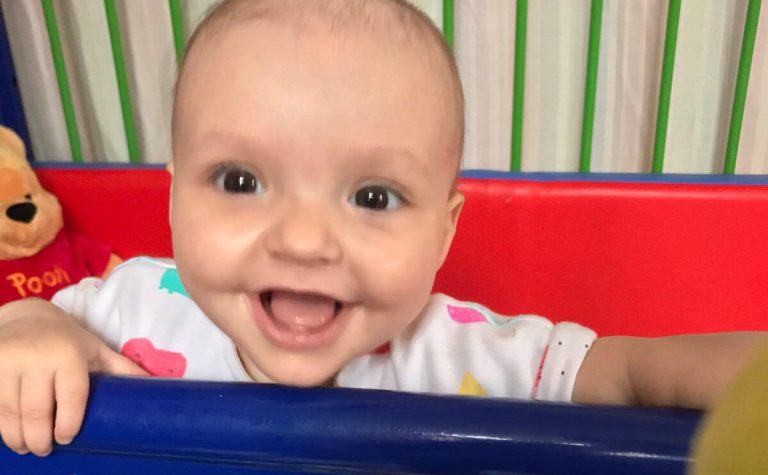