Lucie was diagnosed with a brain tumour when she was only five weeks old.  Her mum Philippa tells their story so far: 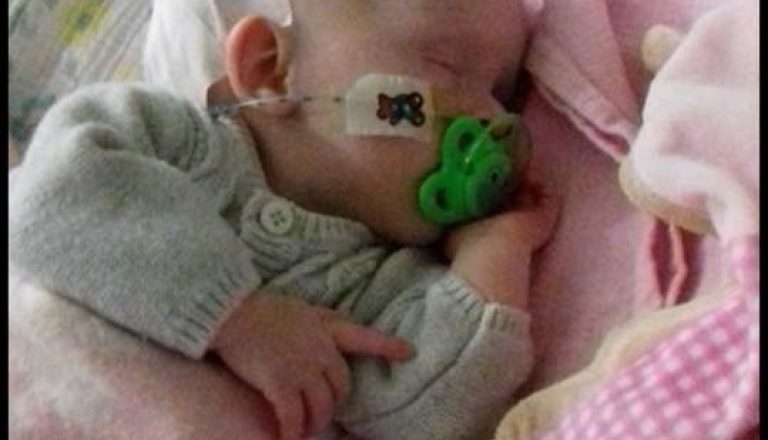 Lucie was born at the end of July 2016 and seemed like a healthy, happy baby. However, just five weeks later when the health visitor came over for a check-in, I mentioned to her that Lucie hardly woke up, wasn’t feeding well and had some big veins in her head. The health visitor rang our GP surgery and we were sent down within a few hours. The doctor checked Lucie over, gave me a letter and sent us straight to our local hospital.

At that point, I knew it was serious. I rang my husband at work to meet me at the hospital. When we arrived we saw lots of doctors and Lucie was given a CT scan which revealed that she had a mass in her brain. It was all such a blur.

The next day we were blue lighted to another hospital where we were met with more doctors. Lucie was given an MRI scan and we received the news that it was a brain tumour along with hydrocephalus (a build-up of fluid on the brain). 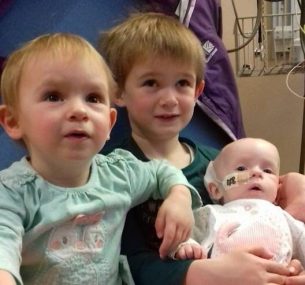 We didn’t think Lucie was going to make it

Lucie had a biopsy – the results of which couldn’t determine the type of cancer she had. So at 7/8 weeks old, Lucie had a Hickman line fitted and we were preparing for her to start chemotherapy.

Lucie received chemotherapy from the end of September until the end of December. In December, Lucie became very poorly and our consultant decided to give her one more course of chemo, which started after Christmas.

By January, Lucie’s condition deteriorated further and we were told that unfortunately there was no more that could be done for her and that we should prepare to say goodbye. I left the hospital that night with my husband not knowing what to do. We went immediately to the Rector at our church, who prayed for Lucie that night. I then went to see friends who were going through their own childhood cancer journey with their son and who had supported us along ours. We had to tell them that we weren’t sure how long Lucie would have. We all cried a lot that night. 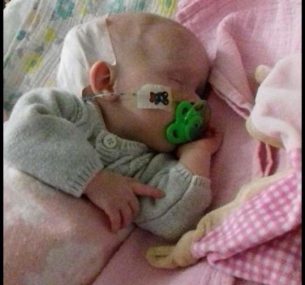 Then something amazing happened. Lucie started to wake up, open her eyes and look around. She even started smiling at the doctors and nurses. We made the transition to returning home from palliative care by staying in a hospice in Cambridge for about a week before going home on 8th February just days before our little girl Esther’s 2nd birthday which was really special.

At home, we had community nurses visiting us, as well as palliative care. We have had regular scans and lots of prayers from our church and others around the world.

A few months later we celebrated Lucie’s 1st birthday with a big party of about 80 people as it was a day we didn’t think she would make. 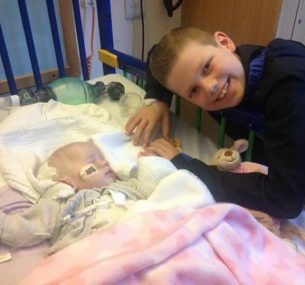 We were originally told that unfortunately Lucie wouldn’t have her feeding tube out and she probably wouldn’t sit, crawl or walk. However, Lucie has now celebrated her 3rd birthday and she walks (in fact, runs!) everywhere, eats pretty much anything and goes to preschool. She is still having six monthly scans, which are showing that the tumour is not growing.

Lucie is also under the care of the endocrine clinic for her height and weight, the optometrist for her left eye and she’s also been to a specialist for her ears. There are still some days where we worry about her and there is the worry that her tumour may grow again. At the moment Lucie is reaching lots of milestones and doing really well. She continues to amaze us and her doctors and nurses. 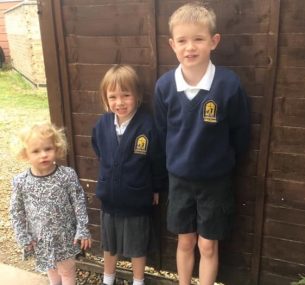 Lucie is now five and a half years old. She currently isn’t having any treatment, we are having six monthly MRI scans to keep an eye on the tumour. Lucie also had four monthly eye appointments and wears glasses and we have regular hearing tests. Lucie did have grommets which have come out and her hearing had deteriorated again, so she will be having another hearing test and possibly have the grommets put back in. Lucie is in Year 1 at primary school. She enjoys school and loves drawing and tries really hard with her writing. Towards the end of the week we find Lucie does start to get a little tired, so she is able to have quiet times at school if she needs it. Lucie’s loves to do baking, drawing and building with duplo. We also love sharing stories together at bedtime. All in all Lucie is doing really well as I say she does get a bit tired so we have times during the day and at weekends where we don’t do too much and chill watching a film or something. She is always closely monitored at the hospital and school. School are currently looking into if she’ll need extra help in Year 2 as it’s a big jump going from Year 1 which is quite relaxed and still some playing. But with Year 2 where there is a bit of more work to do.

Lucie is just amazing and our little miracle, we have a fantastic family, friends and a church family around us that pray for Lucie and help out with appointments. Lucie’s brother and sister also help out where they can. Lucie continues to amaze us with her determination every day. 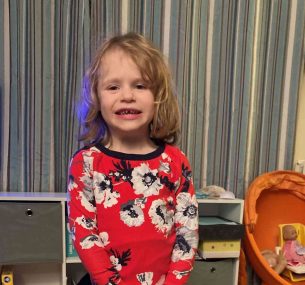 If you’ve been touched by Lucie’s journey, help us invest in the high quality research that really matters which would otherwise go unfunded. 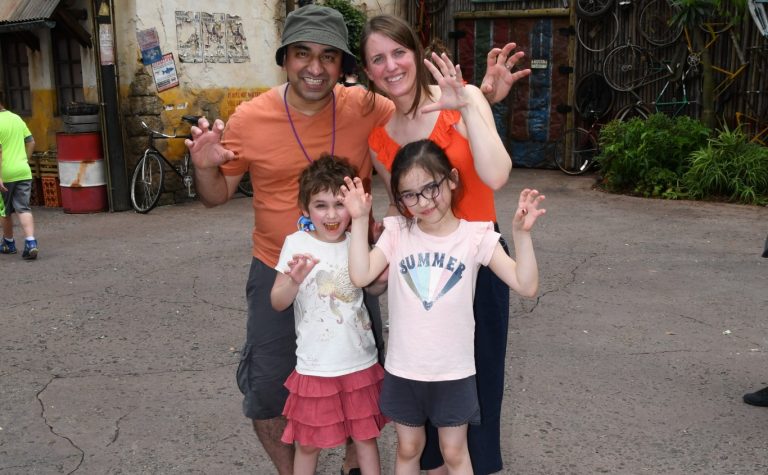 Nieve was diagnosed with Wilms' tumour in August 2017 when she was just five years old.  Her mum Angie 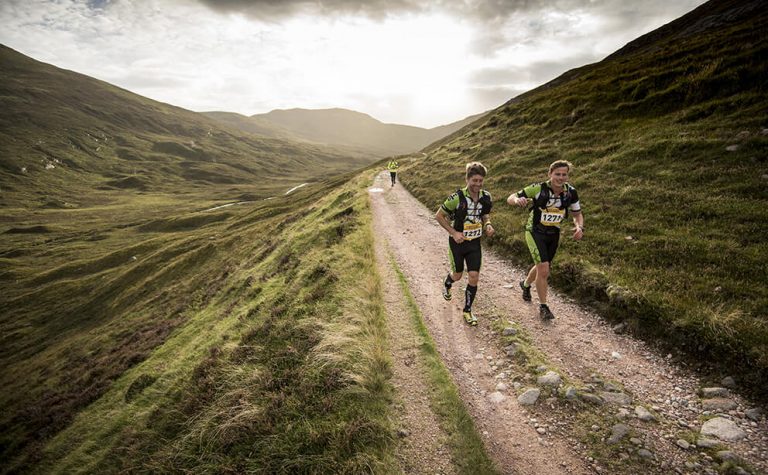 Rat Race are the UK’s largest adventure event operator, offering events all over the UK and abroad. You choose where 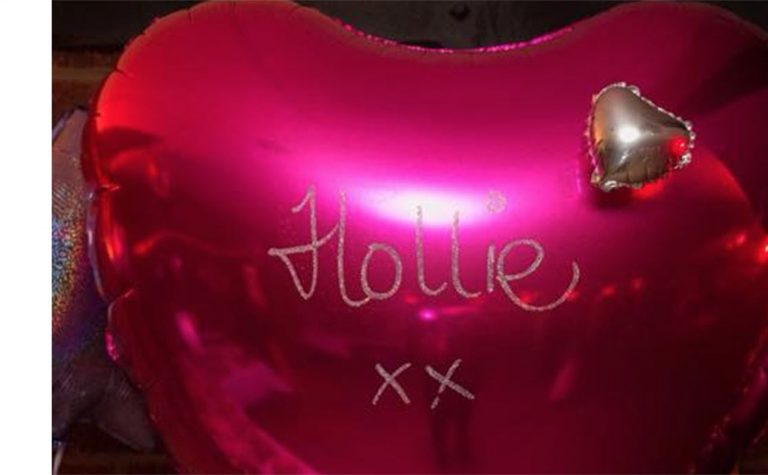 Get Involved stories – A Night With Hollie