You could show your support for children like Mia with a donation today. 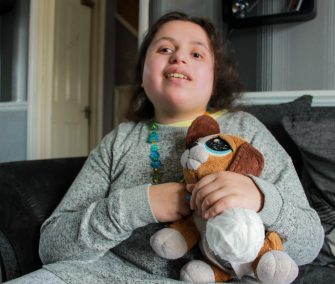 Mia was diagnosed with an optic nerve glioma a type of brain tumour in 2011 when she was five years old. Tragically, Mia did not survive her diagnosis and passed away on 10 August 2020. Her mum Michelle shares their story. 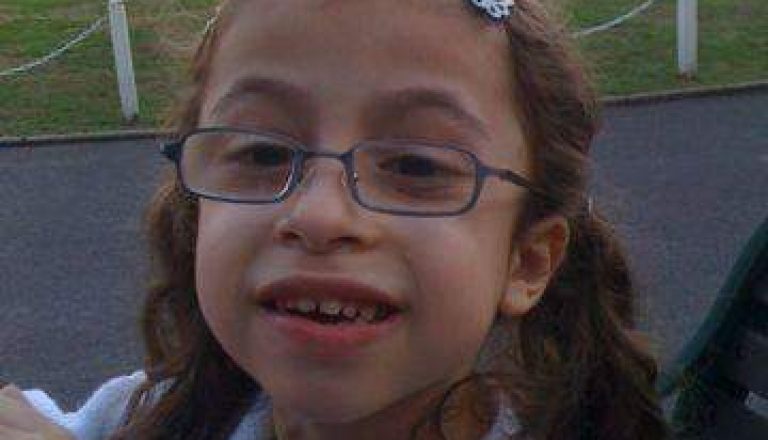 Mia was diagnosed with an optic nerve glioma, a type of brain tumour when she was just five years old. Since then, she has completely lost her eyesight and in the last year alone, she has had ten brain surgeries to try to keep the tumour under control.

Mia’s treatment and its impact

Mia underwent an operation to insert a VP shunt to drain excess fluid from her brain. Not long after that, she had a Hickman line inserted in order to commence chemotherapy.

Her chemotherapy was set to last for 18 months. It caused her to feel and be sick, lose her hair and generally feel achy and weak. She had an NG tube fitted to help make sure she was getting enough nutrients.
A month into treatment her VP shunt malfunctioned and she needed more surgery to correct this. Another month in, it was clear that her vision had worsened, so they wanted to debulk the tumour to try to alleviate some of the pressure and potentially save any remaining vision. Nine hours of surgery and with 30% of the tumour removed, there was a chance Mia could have woken up with no vision at all, but some remained. By December however, her vision had been lost entirely and we had to register her as severely sight impaired.
Mia continued with the chemotherapy, having to have home tuition as she was too poorly to attend school. Mia made it to the end of her 18 month course of chemo, but the tumour was still there and pretty much unchanged. She had her Hickman line removed and we tried to get back to a new normal. 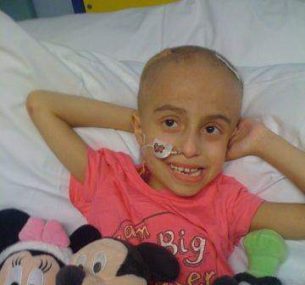 For roughly four years, Mia had regular MRI scans, most of which were reported as stable disease. She had begun to have real issues with sleep, behaviour and memory. She was already on growth hormone medication as tests had shown that due to the tumour location, she wasn’t producing enough naturally.

Mia had also started hoarding food as she had an insatiable appetite caused by tumour location. So many problems were getting increasingly difficult to manage. They reviewed her latest MRI and revealed that actually throughout those four years, the tumour had been slowly but continuously growing. This meant starting chemotherapy again. 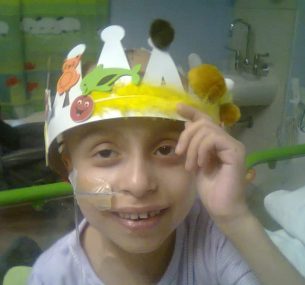 The beginning of the seizures

Mia had her port inserted again and started weekly chemo. She was just about to start secondary school at this time. It seemed to be a much kinder drug this time – her hair thinned but never fell out and she didn’t experience as much sickness.

After about six months, Mia had her first ever big seizure. We were at home and it was so scary. We were blue lighted to hospital and she was put on even more medication and we now had seizures to add to her growing list of issues.

She got to the 12 month mark of chemo, and they decided to end it. However, not long after it ended, she began to feel poorly again, barely staying awake during the day, her memory was worsening and so was her mobility.

During an unrelated admission, she had her planned MRI and they found that there was a large cyst growing from the tumour. This was putting a lot of pressure on the brain stem and causing all these symptoms.

The neurosurgical team operated to drain the cyst and left in a reservoir for easy drainage. Within a week of surgery the cyst had grown back. They put a fine needle into the reservoir to aspirate the fluid. They had to do this every five days for a couple of months. Eventually it was decided to put a second shunt directly into the cyst to hopefully keep it drained. Unfortunately this malfunctioned several times causing the cyst to grow and leading to increased lethargy and seizure activity. It seemed like Mia’s problems were never ending and we just couldn’t see the light at the end of the tunnel. 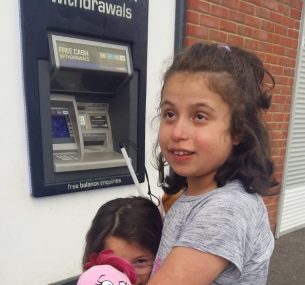 Eventually they decided to once again debulk the tumour and this time got roughly 40% of the tumour out after another nine hour operation.

Following the surgery, Mia has been left with no natural thirst, so we have to keep her hydrated intravenously.

Following more months of shunt malfunctions and cystic growth, it was decided to re-start chemo. Since October 2019, she has already needed a blood transfusion and she gets very sick and tired. She’s yet to return to school and has now been out for a year.

Mia is living with so many tough and complicated issues that have only worsened over the years. We constantly have to adjust our sense of ‘normal’ and I just hope things begin to stabilise a bit in the future.

Mia is participating in a research study led by Dr Manuela Cerbone, who is looking into improving quality of life for children like Mia. 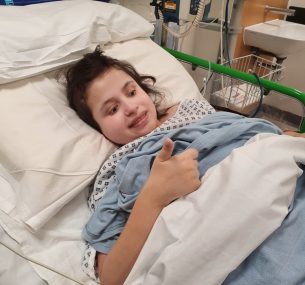 Forever 14, forever in our hearts

On 10 August 2020, we lost our loving daughter. It’s hard to put into words, it’s all so raw and we are all so in shock still to be honest. She is our inspiration, despite everything she always smiled and cared for others. She always wanted to entertain and make everyone happy. So resilient and brave. I can only hope that in the future better and less harsh treatments will lead to others not suffering like she did and not having so many issues affecting quality and length of life.

Our friend John, is running the 2021 Virgin Money London Marathon and fundraising for Children with Cancer UK in honour of Mia. https://www.justgiving.com/fundraising/John-Gavin7 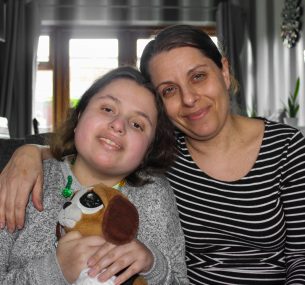 If you’ve been touched by Mia’s journey, help us invest in the high quality research that really matters which would otherwise go unfunded. 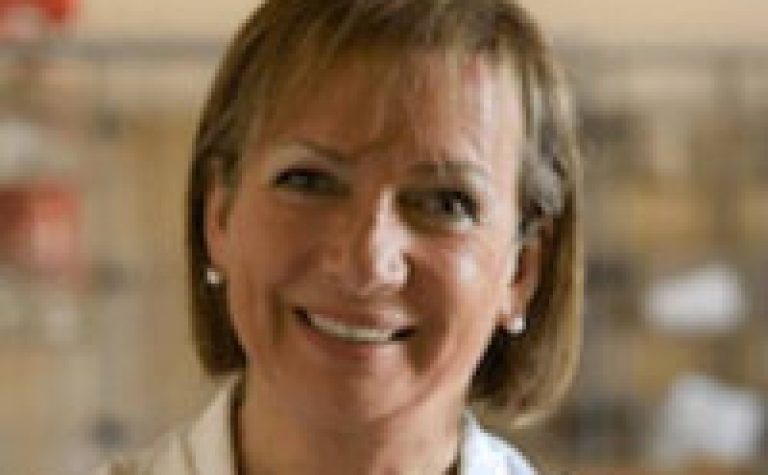 We don’t know for certain whether radio waves produced by mobile phones and base stations can cause cancer. This research 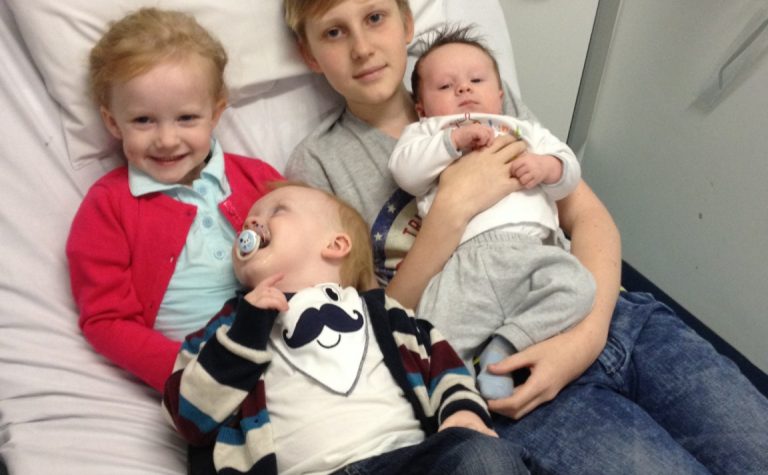 Jarvis felt unwell and dizzy one Sunday while playing football. At first he was treated for an ear