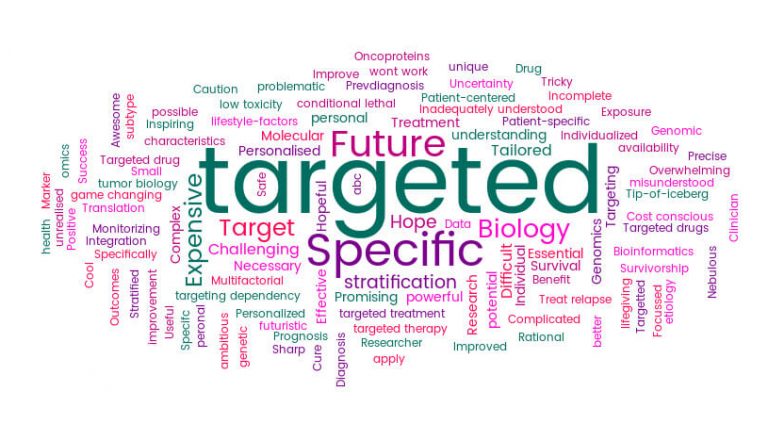 SCIENTISTS in Newcastle are at the forefront of a groundbreaking research project aimed at beating childhood brain tumours.

The £4 million study will explore new ways to treat some of the deadliest brain tumours affecting children.

The Newcastle University team, based at the Northern Institute for Cancer Research, will use cutting-edge screening techniques to identify critical genetic and biochemical features of aggressive brain tumours in young patients.

By matching their laboratory findings to the progress of children with these tumours in the clinic, they hope to find out how such characteristics affect the way the tumours grow.

That information will be used to develop tailored treatments for different groups of youngsters, so that therapies which target specific tumour characteristics can be offered to those whose tumours are identified as the most dangerous.

Co-funded by a £2 million grant from The Brain Tumour Charity and Children with Cancer UK, the researchers hope the five-year project will eventually save lives as well as sparing children with less deadly forms of tumour  the trauma of unnecessary and potentially damaging drug treatments.

“Through understanding the biology of brain tumours in much more detail, we hope to be able to increase the cure rate for children with brain tumour.

‘And for those children that survive their brain tumours, we also want to make sure that their quality of life is as good as it can be following their treatment.”

Newcastle is one of three UK centres that make up the INSTINCT network, created to further the understanding and treatment of aggressive childhood brain tumours.

INSTINCT, which also includes the University College London Institute of Child Health and the Institute of Cancer Research in London, brings together the work of leading scientists and clinicians in the field of high-risk paediatric brain tumour.

The aim is to ensure that brain tumour research studies translate as quickly and effectively as possible into new treatments.

Between them, the clinical centres working under the INSTINCT umbrella treat more than one in three young brain tumour patients in the UK.

“Funding for INSTINCT’s work is critical,’ says Professor Clifford. ‘The money for this new programme will underpin our efforts for the next five years to allow us to make new biological discoveries and move those forward into the clinic.”

The £2 million grant from The Brain Tumour Charity and Children with Cancer UK has been matched by another £2 million from other sources, including Great Ormond Street Hospital Children’s Charity.

The Newcastle scientists on the newly-funded INSTINCT programme will focus on a type of fast-growing tumour known as medulloblastoma.

In another strand of the research, they will work with the Institute of Child Health to investigate the genetic differences between very rare tumours known as ATRT (atypical teratoid/rhabdoid tumours) and ETANTR (embryonal tumour with abundant neuropil and true rosettes).

And scientists at the Institute of Cancer Research will investigate the genetic differences between types of childhood brain tumour known as high-grade glioma (HGG) and diffuse intrinsic pontine glioma (DIPG).

The INSTINCT research project is part of an overall £10 million investment in UK brain tumour research, made possible thanks to £5 million in grants from the Brain Tumour Charity and £5 million matched funding from other sources.

Neil Dickson, vice-chair of The Brain Tumour Charity, described the investment as a major milestone in brain tumour research.

“We are absolutely delighted that The Brain Tumour Charity has been able to award funding for these research projects, which we hope will bring about much-needed improvements in the understanding and treatment of brain tumours.

“This level of spending on brain tumour research is unprecedented in the UK. It has been made possible by our dedicated supporters and fundraisers around the country, many of whom have personal experience of the devastating effects of a brain tumour.”

Cameron Angus was told he had a high-risk brain tumour at the age of nine after a visit to the optician revealed swelling behind his eyes.

The Newcastle youngster, now 12, is doing well after surgery and gruelling courses of radiotherapy and chemotherapy.

His mum Sally has nothing but praise for the doctors who treated him – but she is also delighted that if the Newcastle research project is successful, drug doses for children like Cameron may be tailored to take into account the severity of their tumour.

Sally was told as Cameron neared the end of his treatment that advances in the understanding of children’s brain tumours might have led to him receiving a lower chemotherapy dose, had he been diagnosed a few months later.

“They probably did give him more than he needed. It did upset me a bit because you think to yourself, they are giving him all of these drugs and he might not have needed so much. So the fact that they are doing this research is fantastic.”

About The Brain Tumour Charity

The Brain Tumour Charity is the only brain tumour charity to fund research through a fair, open and transparent process of peer review and the only one to be a member of the Association of Medical Research Charities.  As the largest dedicated funder of research into brain tumours, each year they invest £2.5million in world-class research covering both laboratory and clinical research in leading institutions across the UK. They are committed to significantly increase this in the future.

The Brain Tumour Charity offers a comprehensive support and information service for anyone who is affected, from a Support & Info Line and support groups to Information Standard accredited fact sheets and family days.

They fund and promote the UK-wide HeadSmart campaign, raising awareness of the signs and symptoms of brain tumours in children and young people to make earlier diagnosis a reality.  Earlier diagnosis will reduce long term disabilities and save lives.  In just two years HeadSmart has reduced average diagnosis time from 9.1 weeks to 6.9 weeks.

Find out more at: www.thebraintumourcharity.org

What started as a small memorial charity inaugurated by Diana, Princess of Wales in 1988, has evolved into a major force in paediatric oncology.  Children with Cancer UK is the leading national charity dedicated to the fight against childhood cancer through research and remains both focused and determined to eradicate all childhood cancers.

There have been significant advances in the fight against leukaemia, the most common form of childhood cancer.  Tragically, survival rates for some other forms of childhood cancer are very low and more research is needed to develop better treatments and improve outcomes. 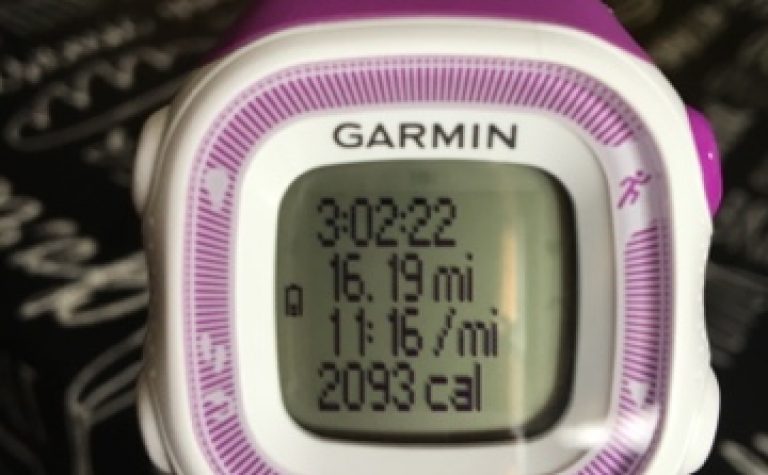 Get Involved Stories – Headcorn Half Marathon

Countdown to London Marathon 2017 begins.... My name is Emma (on the left with Sarah) and I will be running the 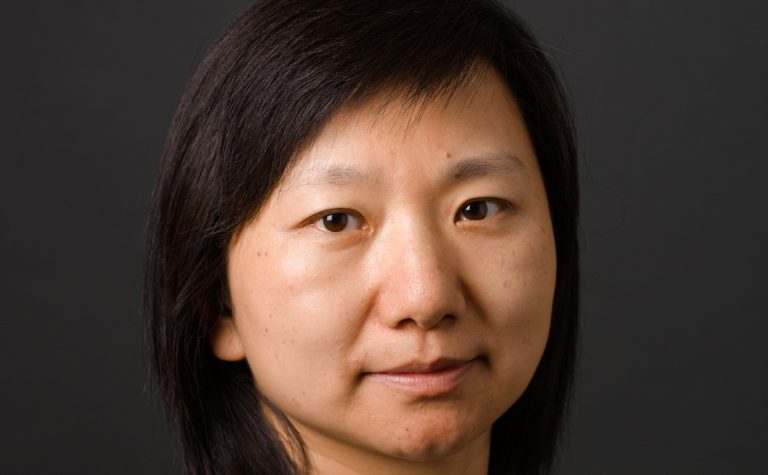 How do genes and environment work together to cause leukaemia?

We don’t know enough about what causes acute lymphoblastic leukaemia, the most common childhood cancer. Dr Xiaomei Ma is studying 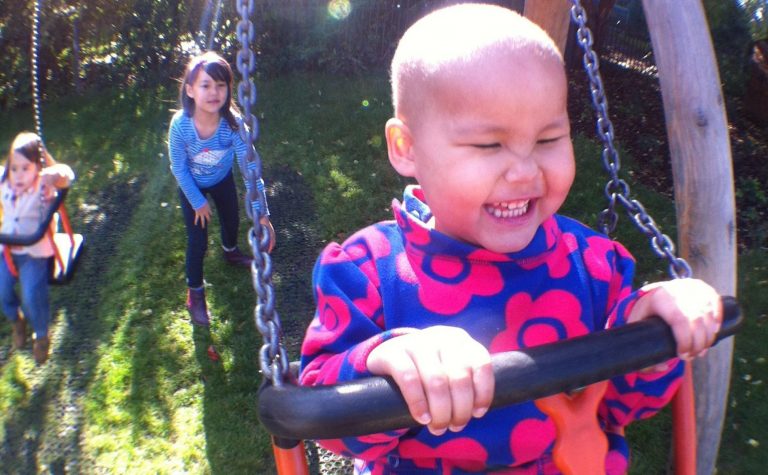 Vega was diagnosed with acute lymphoblastic leukaemia (ALL) in 2012. By June 2014 she had completed intensive treatment