Children with Cancer UK, alongside charity co-funders Blue Skye Thinking and Little Hero have announced their funding for a new landmark research programme with the aim of combating medulloblastoma (MB), the most common high-grade brain tumour in children. 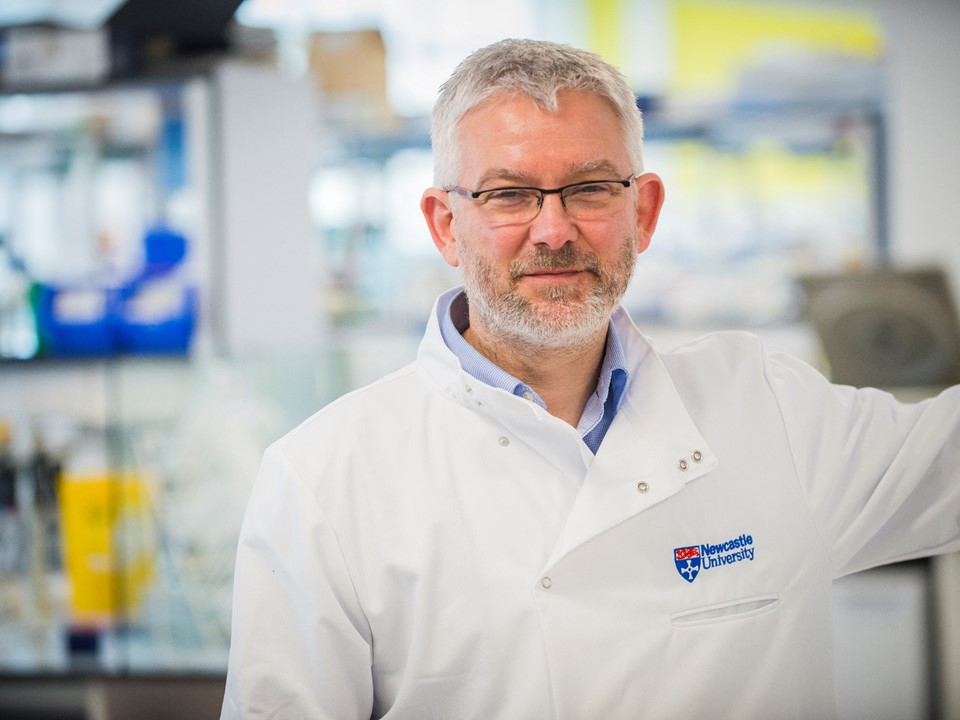 Children with Cancer UK, alongside charity co-funders Blue Skye Thinking and Little Hero have announced their funding for a new landmark research programme with the aim of combating medulloblastoma (MB), the most common high-grade brain tumour in children.

The INSTINCT-MB research project, led by Newcastle University, will aim to develop better and more effective treatments for medulloblastoma, a disease which results in approximately 30% of childhood sufferers dying. High-risk paediatric brain tumours are the leading cause of childhood cancer death. Whilst many advances have been made in treating the most common childhood brain tumours, current treatments still fail in a proportion of cases. Sadly, many children who do survive brain tumours are often left with severe, life-limiting disabilities as a result of the tumour and the aggressive treatments that are needed to save their lives.

One of the major specific challenges in childhood cancer is Group 3 medulloblastomas driven by the presence of a gene called MYC. This tumour group occurs almost exclusively in young children and is essentially incurable, contributing significantly to overall childhood cancer death rates. Advances in standard treatments such as chemotherapy and radiotherapy have helped to improve levels of survival overall but are not specific to tumour sub-types, and are ineffective against MYC-Group3 tumours. New therapies are therefore urgently needed to improve the outlook for children with high-risk medulloblastoma. The INSTINCT-MB project will seek to develop new treatments for Group 3 medulloblastoma, using new drugs and promising new immunotherapies known as CAR-T cell therapies.

With the recent development of these new, targeted, therapies, there is a substantial opportunity to eliminate Group 3 medulloblastoma tumours. This type of tumour often has upregulated copies of the MYC gene which triggers rapid disease growth and often results in treatment failure. Tragically, fewer than 5% of children survive this disease. INSTINCT-MB researchers have identified potential drugs to target the MYC gene and have also pioneered promising CAR-T cell therapies to help the immune system destroy cancer cells. CAR-T cell therapy reprograms a child’s immune cells to identify and attack cancer, without damaging healthy cells.

Crucially, the goal with new treatments for Group 3 medulloblastoma is to increase survival and cause less damage to surrounding healthy cells, greatly reducing long-term side-effects. Children and young people facing this devastating disease in years to come will be given hope of a healthy future.

Led by Professor Steve Clifford from Newcastle University Centre for Cancer, the research project will aim to identify and develop effective treatments against Group 3 medulloblastoma, combining different drugs alongside CAR-T cell therapies. The research project will be supported by the INSTINCT research network with UCL Institute of Child Health and The Institute of Cancer Research.

We urgently need all-new treatment approaches for childhood cancer types with the poorest prognosis.  By bringing together the essential network of world-leading experts necessary to develop such approaches targeted specifically against tumour biology and bring them to the clinic, we aim to bring about a step-change in the treatment and outlook for these patients

The research project is being co-funded through a collaboration of three charities: Children with Cancer UK, Blue Skye Thinking and Little Hero. The funding structure of the INSTINCT-MB project aims to strengthen collaboration and funding across the childhood cancer community. The formation of this partnership represents a strategic commitment to invest in brain tumor research, tackling diseases which still carry a devastating prognosis.

Children with Cancer UK has a long-standing commitment to fund brain tumour research to accelerate scientific discoveries to clinical translation of new treatments and better outcomes for children. Since 2013, the charity has funded almost £1.5 million towards the original INSTINCT programme led by Professor Clifford.

Both Blue Skye Thinking and Little Hero were formed by families in the memory of their lost sons in their battle against medulloblastoma and it is the first time that they have co-funded research with Children with Cancer UK.

The INSTINCT-MB project is an example of the type of groundbreaking work that Children with Cancer UK, funds year after year. Thanks to the hard work of our fundraisers, researchers such as Professor Clifford and the team are discovering more about how brain tumours develop, with the discoveries and understanding leading to the development of kinder, more effective treatments. Through funding research such as INSTINCT, we hope to ultimately see a world where every child survives cancer, with no side effects.

My son Skye’s goodness shone through and was incandescently bright in contrast to this horrid disease, and subsequent side effects of his treatment. Despite being ‘cured’, he soon became paralysed from the neck down and was diagnosed with radio-chemo neurotoxicity which had been brought on by the therapies he had endured and tragically died soon after. A more personalised and targeted treatment approach that Professor Clifford and his ground-breaking team of researchers are offering through INSTINCT, is an incredible feat in progressive science, which elicits significant hope for children of the future.

Speaking on behalf of Little Hero, John Rainsbury, Trustee and dad to Will said:

Will underwent the UK’s ‘Gold Standard’ treatment for high risk Medulloblastoma. Unfortunately for him and a lot of others with Group 3 disease, it can prove surprisingly ineffective. Currently, there are simply no alternatives children in this high risk group can try. This programme provides real hope of progress for future generations of patients. I wish Steve and his team the best of luck!

We fund research into the treatment of childhood cancers and provide support for families affected by childhood cancer. We have accelerated breakthroughs to improve childhood cancer survival rates and find kinder, more effective treatments with fewer toxic side effects. This ground-breaking research, which would otherwise go unfunded, saves the lives of children with cancer.  Children with Cancer UK receives no government funding and relies entirely on the generosity of donations from supporters.

Blue Skye Thinking is a registered charity (1158021) which supports new research into the treatment of childhood brain tumours, striving to give all children diagnosed, a better chance of survival and improved quality of life during and post treatment. Run by volunteers, money donated goes directly to the forefront of key research and wellbeing projects.

Little Hero is a registered charity (1185193) set up in memory of our little boy Will, an amazing 6 year old boy who died following a 9 month battle with a Group 3 Medulloblastoma. Despite the devastating impact this had on our family, we were inspired by Will and his amazing fight and wanted to continue his effort to support other families. We fund critically needed research into new treatments for childhood brain tumours and support other families facing a childhood cancer diagnosis.

Newcastle University, UK, is a thriving international community of some 27,750 students from over 130 countries worldwide.

As a member of the Russell Group of research-intensive universities in the UK, Newcastle has a world-class reputation for research excellence in the fields of medicine, science and engineering, social sciences and the humanities.

Its academics are sharply focused on responding to the major challenges facing society today. Our research and teaching are world-leading in areas as diverse as health, culture, technology and the environment.

The Research Excellence Framework 2014 (REF) placed Newcastle University 16th in the UK for Research Power and the vast majority of our research (78%) was assessed to be world-leading or internationally excellent.

Newcastle University is committed to providing our students with excellent, research-led teaching delivered by dedicated and passionate teachers. This is reaffirmed by achieving the best possible outcome – a Gold Award – in the Teaching Excellence Framework (TEF).

Newcastle is placed joint 146th in the world and in the top 20 in the UK in the latest Times Higher Education World University Rankings.

Finley was diagnosed with acute lymphoblastic leukaemia in September 2020 when he was four years old. His dad Martin