Ellie was diagnosed with acute lymphoblastic leukaemia on 20th October 2015 when she was nine years old. Her mum Kate tells their story so far: 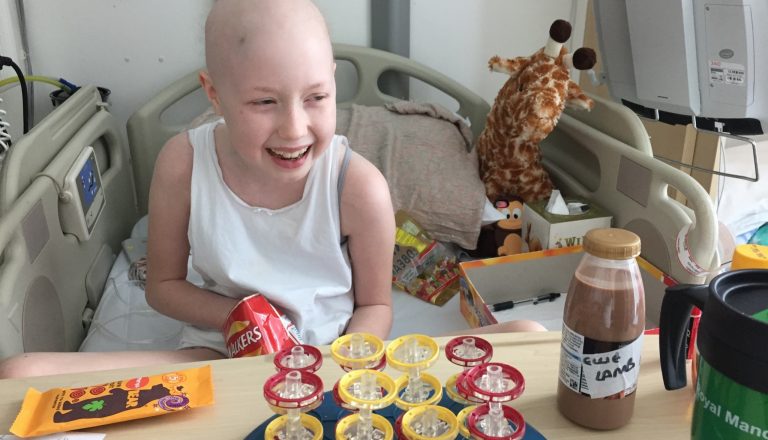 It would save her life

On the morning of 20th October 2015, I took my nine-year old daughter Ellie for a blood test at the local clinic. It would save her life. She had been lethargic and generally unwell with nondescript illnesses, colds, ear infections etc. but nothing obvious really. However, sitting in the waiting room for the test she suddenly seemed worse than ever. When we got home she slept. That evening I got a phone call and it took a while to register who was speaking to me. A doctor, not our GP, a Locum Doctor. Ellie’s test, lots of white cells, blast cells. I had to take Ellie that instant to the nearest A&E where they would be waiting for us.

I knew it was bad news before we got there but nothing can compare to being told by a doctor that your child has leukaemia. That was about 9pm and by 10pm we were told a bed was available in another hospital and we would be transferred by ambulance. We arrived after midnight. After a couple of days in a room on a different ward, where she was fitted with a Hickman Line, Ellie was transferred to the oncology ward. It was a shock to the system for us all but especially for Ellie. 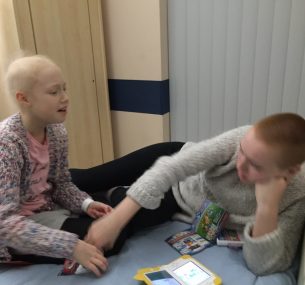 She started a regime of intensive chemotherapy which would see her change from my bonny little girl with flowing princess hair, to a sickly bald and fragile child who would withdraw from the people around her and at times just didn’t want to speak to anyone. It took a while to recognise that this was her coping mechanism and with everything going on, I was seeing a different side of my cute little girl. A side more akin to a warrior. A side of her personality that showed how stubborn she was and how determined she was not to let this get to her. The tests showed that she had a rare form of acute lymphoblastic leukaemia  – one with a corrupted chromosome called Philadelphia positive ALL. It meant a regime change and another chemo to take – this time tablets that made her sick.

For five weeks we stayed in hospital before we were allowed to come home. We were thrilled to be out of hospital but the reality hit home when I tried to schedule her medication – she was very very sick an awful lot. We spent the first week out of hospital at Ellie’s grandmas house because we were having building work done on our own house and it didn’t take long before she was back in hospital because of a temperature. Gradually though over a couple of months we became more accustomed to the ebb and flow of hospital visits. We live next door to Ellie’s school who were really supportive and she would come home when the home nursing team would visit to flush her line or administer chemo. 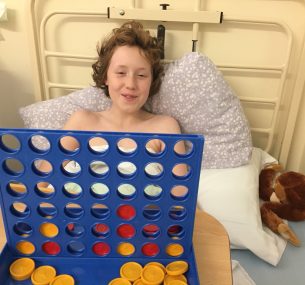 By March 2016, we were told that the latest tests on Ellie’s bone marrow indicated that there would be a need for her to have a Bone Marrow Transplant. This time we were not prepared for the bad news and felt that it was a massive step backwards. We were given lots of information and support from the hospital team – Ellie’s consultant was fantastic but the feeling that we were all stepping into the unknown once again was tremendously frightening. Ellie coped well with the prospect of being in isolation for six weeks or more and had developed a rather alternative sense of humour which actually kept us smiling for most of the time. Her sisters visits were especially joyful which was such a wonderful break from all the worry, stress and trepidation.

Ellie was given a really harsh dose of a chemo called Campath to start to kill her bone marrow. This made her very ill and her temperature soared. She then had to travel to the hospital to have Total Body Radiation twice a day for three days. By this time she was very sick and losing weight. She did well to try to eat with sore mouth and throat, and fluid loss from vomiting and diarrhoea. After a few days she went on a system called TPN which delivers bespoke nutrition into her blood via her Hickman Line and in doing so, it bypasses her gut – which by this time would not be able to function properly. 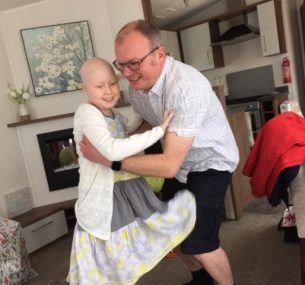 The transplant had arrived!

On the morning of the 7th July 2016, Ellie’s donor bone marrow arrived. It was infused into her like a blood transfusion and took about an hour. Then began the wait while Ellie’s health seemed to go down hill. She was in so much pain that they started her on a morphine infusion and she slept most of the day. At this time, her own marrow had stopped functioning so in order for her to stay alive, she was given many blood transfusions and platelet transfusions. Every day she would have to get out of bed to be weighed and measured and have her blood taken for testing. A report of the test would be given to me if I asked for it and I would try to make sense of the numbers and try to see how they would change day by day.

I had learned that the white blood cell count would tell us if the new marrow had settled in her bones and was starting to work. After about 10 days, a nurse handed me a print out of Ellie’s blood report and there was a change that put a smile on our faces – the white blood cell count had increased! This meant that the donor marrow had settled and was producing blood. 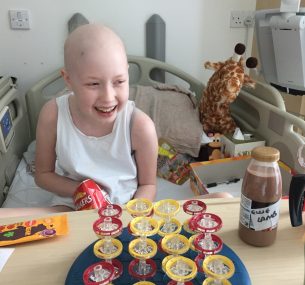 Ellie’ health started to slowly improve, she became more alert, was weaned off the morphine and gradually started eating again. On the 26th of July, 19 days after her transplant, Ellie came home! At first she had to keep going back in for overnight TPN but after a few days she was able to stay home. She was still not out of the woods though and it would be at least three months before she could rejoin her friends at school. During this time, she returned to hospital for 5 weeks in September whilst she battled viruses which left her vomiting, jaundiced and her skin peeling. It was a really tough time for us all as Ellie was really sick and was in danger of becoming dangerously ill because her new immune system was attacking her as well as the viruses.

Eventually she returned home once more – this time she had been fitted with a Nasal Gastric tube to help her regain weight. Ellie was still not back at school and received home schooling three hours a week – with help and guidance from her teachers her home tutor was able to keep her on track with her peers. She tried to remain as active as possible too, going for walks and playing in the park. One day we took her to a safari park and we all had fish and chips for lunch – Ellie said it smelled so good she ended up eating all of mine too!! It was not long after that that they decided she no longer needed the NG tube! By Christmas she was really starting to recover – her weekly – then fortnightly clinic visits were showing that her blood was fine. Finally, in January 2017, Ellie’s Hickman Line was removed and she was able to have a bath!! With her medication reduced down to a couple of tablets per day, she was able to start school again – full time – at the beginning of the Spring term and we were all feeling that at last we can get back to normal. 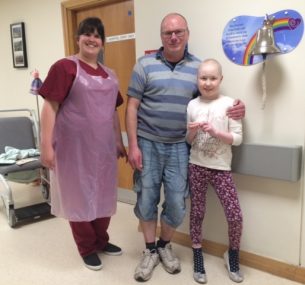 The best holiday ever

In the April 2017 we all went on holiday to Wales with Ellie’s brothers and sister. It was the first time we were all able to be a normal family again and the first time Ellie was able to go in the sea since diagnosis. She could play on the beach, climb the haystacks in the barn where we were staying and find the kittens that were there without worrying about becoming sick.

We could go to restaurants and she could eat what ever she liked — it was the best holiday ever!! 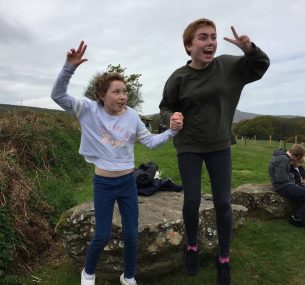 Now we have just passed Ellie’s third transplant anniversary and her latest clinic visit shows her blood is still fine. She is over halfway to being discharged from the care of the haematology team now which happens after five years. She currently visits the clinic twice a year and is about to start her second year at high school.

Words really cannot describe what she’s been through and what we have all been through as a family – nor can they adequately sum up how happy and grateful we are that she has her health back – and her life back. All we can do is keep saying “Thank you” and do all we can to support the charities that help finance the research into better treatment and a cure for childhood cancer. 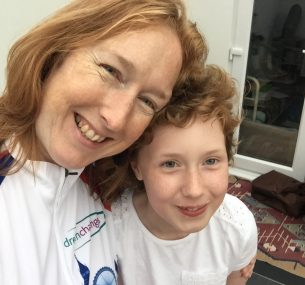 If you’ve been touched by Ellie’s journey, help us invest in the high quality research that really matters which would otherwise go unfunded.

Follow in the tracks of cycling greats at this London 2012 Olympics legacy event. Experience iconic landmarks, epic climbs and

Bella was diagnosed with Acute lymphoblastic leukaemia in November 2016. She was just two years old at the time. Her