Henry was diagnosed with acute lymphoblastic leukaemia on 9th January 2016 at the age of seven.  His mum Sarah tells their story so far:

Crying and complaining of a headache

Henry had been looking very pale over the winter of 2015 just after his seventh birthday but otherwise he seemed fit and well. It was his second day back at school, Year 2, in the first week of January and I received a phone call to say that Henry was crying and complaining of a headache. This was unusual behaviour for Hen so I went to pick him up and called the doctor on the way as I thought he may be anaemic. Luckily the doctor said to bring him straight in so I drove Hen from school straight to the doctors, although at this point I really did not imagine he was so seriously ill. Our family doctor took one look at Henry and sent us straight to the hospital. This was Friday 6th January 2016 in the afternoon and from there we were rushed to a major hospital in an ambulance, a 90 minute drive, and Hen was diagnosed with Acute Lymphoblastic Leukaemia on Monday 11th January. His Minimal Residual Disease (MRD) test came back as low risk and before we knew it we were embarking on a gruelling schedule of treatment initially to get rid of the Leukaemia, to achieve remission and then a further three years of daily maintenance chemo to ensure that it does not return.

Writing at this point in time we are 61 days from the end of treatment on 9th March 2019, we have got through 1095 days of treatment so far. 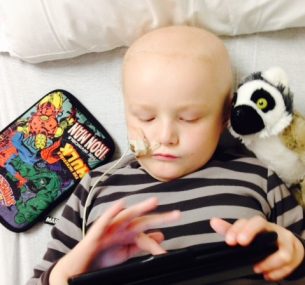 There have been varying side effects depending on the stage of treatment from the extreme hunger and anger induced by high doses of steroids, back pain from numerous lumber punctures, nausea and joint problems, including limited mobility, from continuous chemotherapy and high levels of anxiety and sleeplessness throughout due to medications and trauma. I am writing this on the first day of term, January 7th 2019, Henry is in his class but feeling very anxious and tired having had a hospital admittance over Christmas. He needs me near but I need to try to keep him at school and to make things as ‘normal’ as possible. So, I am sitting at a table near his classroom and have promised not to leave until he feels ok. I have realised that part of the journey is experiencing a continued sense of separation anxiety, luckily I can make time to ease him back to school. 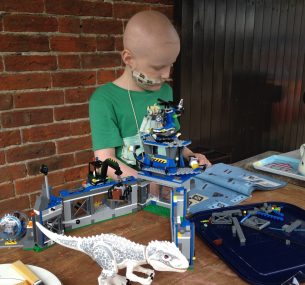 Looking forward to ringing the end of treatment bell

There have been highs as well as lows and we have dealt with the experience as positively as possible looking for the ‘Silver Linings’ in any situation. Many things have got us all through: piles of Lego, computer games, friends, family, walks in the countryside, visits to Legoland and Norwich Castle Museum, love, hugs, visiting cousins, swimming whenever possible, the fabulous people who work for the NHS, fund-raising for #henrysodyssey and Children with Cancer UK, exercise, art and the love of two ancient Jack Russells and a puppy Jackahuahua. I feel tired but positive for the future, we are still very much concentrating on the here and now, looking forward to the Spring and ringing the end of treatment bell.

Henry finished three years and three months of treatment on 9th March 2019, so we are now just over one year past the end of treatment.

We had been warned by his oncology team that families can have a ‘bit of a wobble’ at the end of treatment, but for us this was a massive understatement. We weren’t unrealistic about his end of treatment date and didn’t think that suddenly everything would be better. Generally we hoped that things would slowly become more ’normal’ but the problem was that for Henry, having been on treatment for about a third of his life, was unsure what ‘normal’ was going to be like. He had got used to life on treatment and being off treatment felt like a step into a huge unknown.

In October 2018 we had raised £10,000 for Henry’s Odyssey, a fundraising art exhibition, with half the money going to Children with Cancer UK and half for a trip for Henry to celebrate his end of treatment. When it came to June half term Henry was still feeling very anxious but we decided that what we needed as a family was to get away from hospitals and have our trip.

It was hard for Henry to be able to leave home because of his anxiety but we booked a one way trip on the Eurostar and a night in a hotel in Calais and drove to France to have an adventure. We had no firm plans and thought we would just explore and see where we ended up. Our only criteria was that everywhere we stayed had to have somewhere to swim, either a pool, the sea, a river or a lake.

The trip seemed epic. We drove about 2,000 miles in two weeks. It felt so good to be away from hospitals, off treatment, spending time together, exploring, experiencing new things. We were all out of our comfort zones at various points during the trip but we were together and happy and it has filled us with wonderful memories. Henry’s anxiety has lifted slowly over the past year and I hope that with all he has experienced he can see that he is capable of anything and has a wonderful life to live. 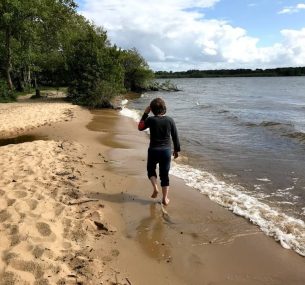 If you’ve been touched by Henry’s journey, help us invest in the high quality research that really matters which would otherwise go unfunded. 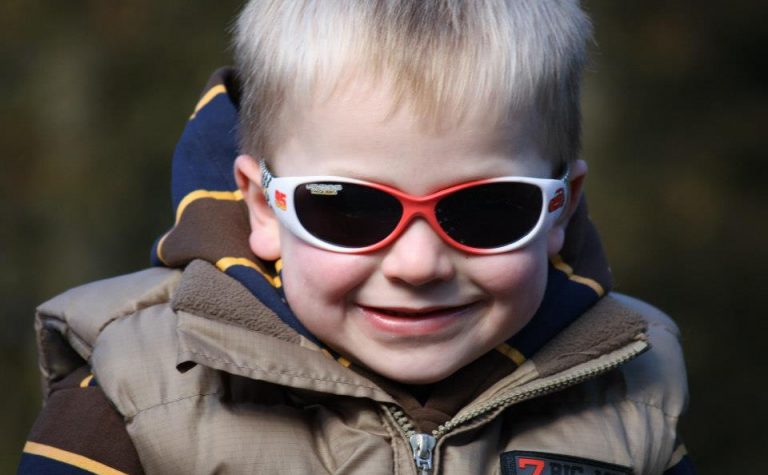 At just 18 months old, Ross was diagnosed with orbital rhabdomyosarcoma, a rare soft-tissue cancer that developed 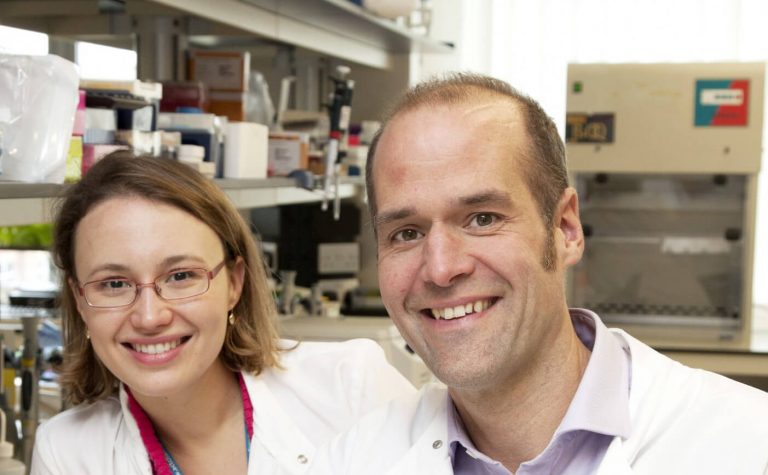 Investigating inherited genes that are linked to the development of rhabdomyosarcoma 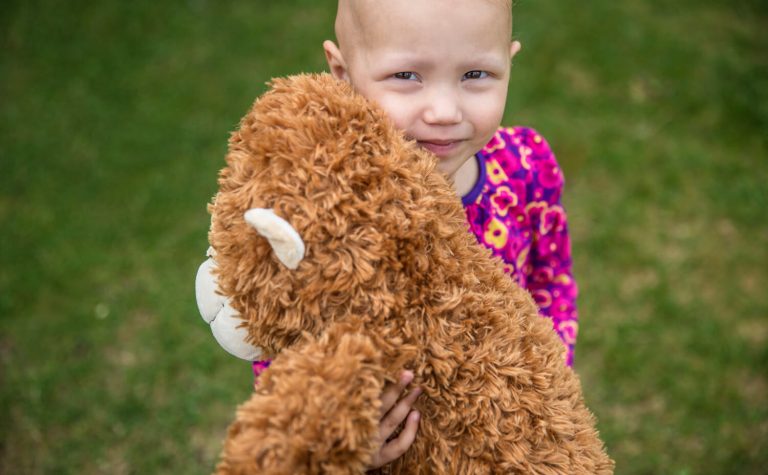 Eva was 18 months old when she was diagnosed with a Wilms’ Tumour. More than 400 procedures