Krystal was diagnosed at the age of 11 months with a rare childhood cancer called alveolar rhabdomyosarcoma. Her mum, Rebecca, tells their story:

It took nearly three months to reach a diagnosis

The GP initially treated her for an infection – when it first appeared above her lip it was a small red mark. We used creams and were given antibiotics, but it started spreading and getting bigger.

I asked for a referral to a specialist and we were sent to Alder Hey Children’s Hospital; this was after three long months of different antibiotics and creams and different doctors looking at her.

We went to the Ear, Nose and Throat Unit. As soon as the doctor had seen her he booked her for a biopsy. Within a week I was kissing my baby girl on the head after her anaesthetic. She was having a small piece of the lump removed for testing. 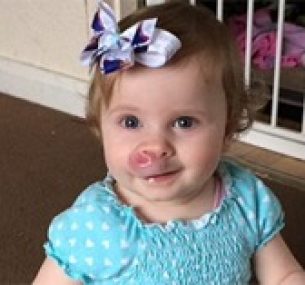 “I’m sorry, but your daughter has cancer”

A week later the results were in and we were taken to a small room. I’ll never forget that day. They said: “I’m sorry, but your daughter has cancer”. I don’t remember much after that point – I just wanted to get out of there as soon as I could.

So many questions race around your head. Will she die? Will her hair fall out? How likely is it the chemo will work?

Krystal’s central line was inserted six days later, with chemotherapy starting the following day. It was hard. I kept asking “why us?” and “why has my innocent daughter, who’s not even turned one, got cancer?”

But I had to stay strong for her. And Krystal, no matter what, was always smiling.

Krystal had intense chemo every three weeks for three days – six doses at once. It was tough, but she was tougher. Her hair had fallen out after the first two weeks. In the first eight months we were only home for around 12 days.

The hospital had become our second home. Krystal had many blood transfusions, platelet transfusions and antibiotics, but we got used to it. We made a lot of friends on the oncology ward. Friends that I know will always be there for us.

Her central line got infected a lot. It needed removing a few months in, and a new one put in the week after. Krystal’s tumour on her upper lip had spread to her lymph nodes in her neck and we were told she also needed radiotherapy. She had this in the adult hospital at the Clatterbridge Cancer Centre.

It was for seven weeks, every day. She had a total of 28 sessions to her face and neck. It was harder than chemo. She had anaesthetic every day and had to fast every night at midnight. She had a breathing tube down her throat too.

The radiotherapy burned her skin off and she needed neck bandages every few hours with creams to ease the pain, and steroids to calm the swelling inside and out. She also had a nebuliser to ease her breathing. She couldn’t cry or talk, it was so painful.

Krystal still had her chemo in between the radiotherapy. You wouldn’t think they could do so much on a little baby. They definitely tested us both, but she was still smiling. Her strength was amazing. 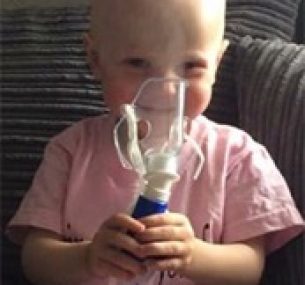 Three months later we had an MRI scan to see if the eight months of chemo and radiotherapy had worked.

You have to wait for the results for three days. Your mind is racing – what if it’s not worked? What if it’s growing again? I couldn’t bare for her to have to go through more intense chemo.

The results came back showing just a small shadow on the scan with no active cancer growing. I cried happy tears that day.

Krystal started maintenance chemotherapy in October 2014, having been diagnosed in March 2014. This involves a small amount of chemo through her central line every week, and oral chemo every night.

Maintenance chemo will last a year, and finish in October 2015. I look forward to that time.

Krystal’s hair has been growing back since the harsh chemo is over. She still has to take her morphine and anti-sickness medicine and milk through her peg, but she’s not in hospital as much. We just take every day home as a blessing.

She has to have ultrasounds on her neck and chest x-rays every two months just to make sure nothing starts to grow while she’s on maintenance chemo. 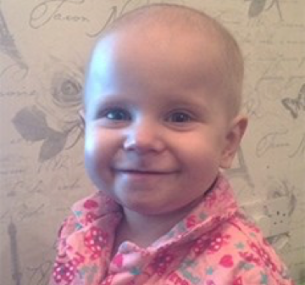 Rhabdomyosarcoma is an aggressive cancer

Our friend’s little boy, Dylan, had the exact same cancer as Krystal – he was in remission, then relapsed and sadly was taken too soon on 17 January 2014. He was a beautiful little boy – only four years old. His parents have been amazing at keeping his memory alive.

So we know how nasty this cancer is. We have nine months of treatment left, but we’re taking one week at a time and trying to focus on the positives. Having Krystal’s smile there every day pushes you forward to carry on. She’s my hero. 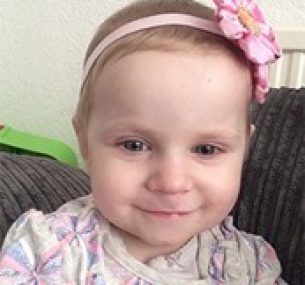 So it’s been two years since Krystal finished chemotherapy treatment. She has been having four monthly scans since then and every one of them has been clear from cancer. She’s still on her thyroid medicine daily, all caused from the radiotherapy.

She is having hearing tests at the moment and may need hearing aids as a side effect from the treatment. She’s grown up a lot, she was only 11 months when she diagnosed with cancer and is going to turn five in just four months’ time.

She’s recently started school and can write her own name perfectly. We are so proud of her and the beautiful girl she’s turned into. Although we still have the scan every few months, her future is uncertain. We will just take every day as it comes. 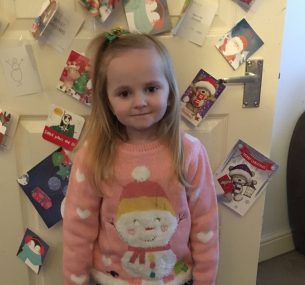 How can you help

If you’ve been touched by Krystal’s journey, help us invest in the high quality research that really matters which would otherwise go unfunded. 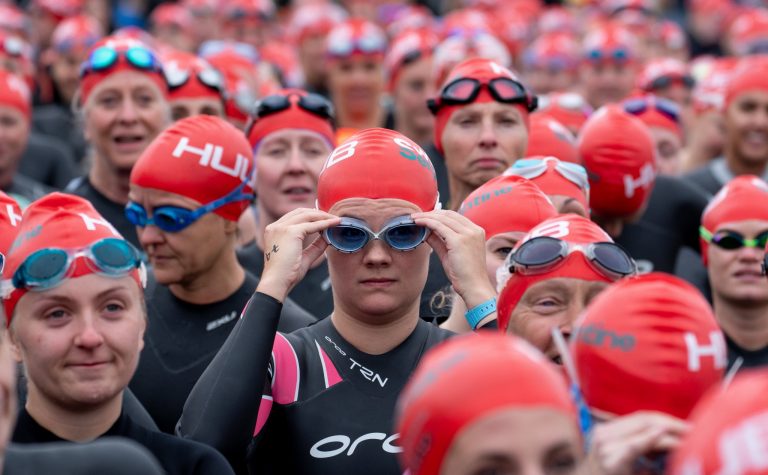 Swim Serpentine, organised by London Marathon Events Ltd, is the biggest open water swimming event in the country. We are 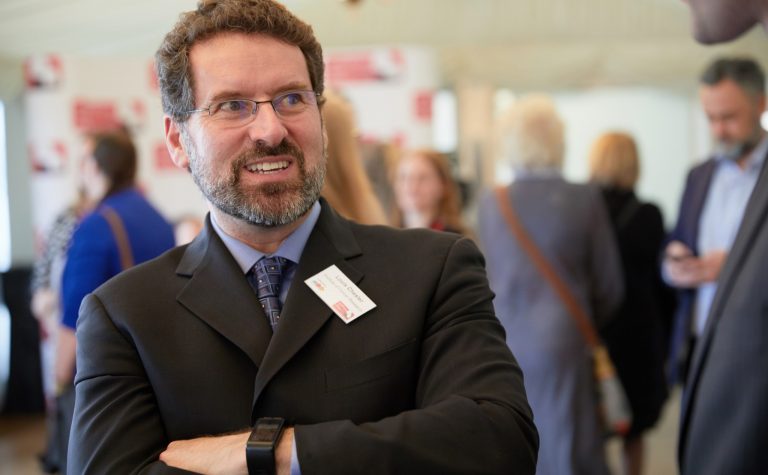 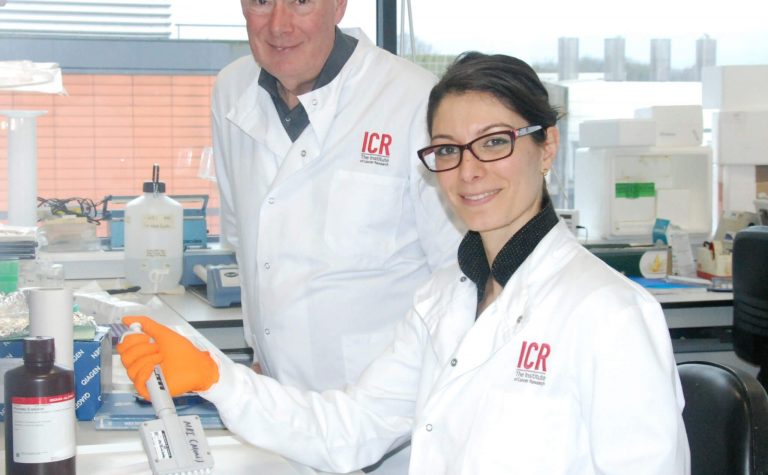 Professor Leach and his team are researching the cancer stem cells in paediatric glioblastoma. This brain tumour tends to resist