In 2008 at just 5 years old, Tomas was diagnosed with acute lymphoblastic leukaemia (ALL). Today, Tomas and his twin brother Daniel are helping scientists to find out what triggers leukaemia. Tom’s parents, Paul and Samantha, tell their story:

“We were devastated by the news that our son had leukaemia. I felt physically sick”, says Sam. “I felt like that for days afterwards and thought I’d never stop crying.”

But the family had to cope with a further blow. Tom’s diagnosis also had implications for his twin brother, Daniel. Daniel could also develop leukaemia.

In recent years, scientists have discovered that some children are born with a predisposition to leukaemia. Their blood contains pre-leukaemic cells. Only a small proportion of these children will actually develop leukaemia.

As identical twins, Tomas and Daniel shared the same blood supply in the womb. So, if Tomas was born with pre-leukaemic cells then it was likely that Daniel also had them. In such cases, the chance of the second twin also developing leukaemia is one in ten.

Paul and Sam were heartbroken when a blood test confirmed that Daniel had the pre-leukaemic cells. They’ve had to watch Tomas go through the ordeal of chemotherapy knowing that Daniel may one day have to go through the same thing. 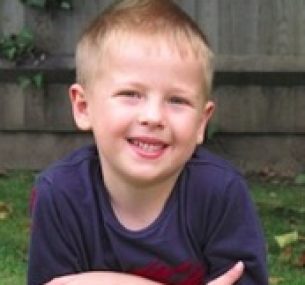 Tomas is doing well. He spent a month in hospital and then continued his chemo back home. After 14 weeks, thankfully a bone marrow test confirmed he was in remission from leukaemia.

He’s now on ‘maintenance’ therapy for two years, to make sure that the leukaemia is completely eradicated and doesn’t return. He has to take daily chemotherapy tablets, and must visit hospital every four weeks for chemotherapy injections and every three months for a lumbar puncture (an injection of chemotherapy directly into his spinal fluid).

The effects on Tomas

Although Tomas is over the worst of the treatment now, he’s struggling to return to normal life. One of the chemotherapy drugs has affected his legs, making them very weak. In-soles provided by the podiatrist have helped to correct his limp, but he can’t walk very far and finds running difficult.

Tomas is behind at school, having missed so much over the last couple of years. And he lacks confidence, depending heavily on his brother. His mum has watched Tomas become more emotionally troubled by his illness. Now he’s older, he understands more of what is happening and worries about dying.

Thankfully Daniel remains healthy. He has monthly blood tests to check for signs of the disease progressing; these have so far been clear. The family is hopeful that his chances of developing leukaemia reduce as more time elapses since Tom’s diagnosis. 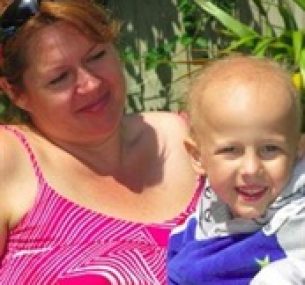 The family readily agreed to take part in important research being carried out by Professor Mel Greaves at the Institute of Cancer Research in London.

“What we’ve been through is terrible – most of all for Tomas,” says Sam. “But it’s good to know our boys are helping the scientists discover more about this disease. Professor Greaves made the discovery that pre-leukaemic cells are present at birth in some children. He is now trying to find out what triggers these cells to develop into full-blown leukaemia.

Identical twins are intriguing from a research point of view. Not only do they have the same genetic make-up, but they lead exactly the same lives. So why does one twin develop leukaemia, whilst the other remains healthy?

Sam and Paul are helping further by raising funds for vital research. They ran the Great South Run together in 2009. Sam then went on to run the 2010 and the 2011 Virgin London Marathon! They have already raised more than £4,000.

It is now three years since Tomas finished his treatment. Tomas still has to have check-ups every three months and is monitored closely for any signs of the leukaemia returning. Thankfully, Tomas has been very well and stayed in remission.

Post-treatment, Tomas had to have all of his childhood immunisations again because the chemotherapy to his blood had cleaned them out. As a result he has had far more coughs, colds and germs than his twin brother, Daniel, as he builds up his natural immunity again.

He is still suffering some residual leg pain from one of the chemotherapy drugs, so has regular podiatry appointments. 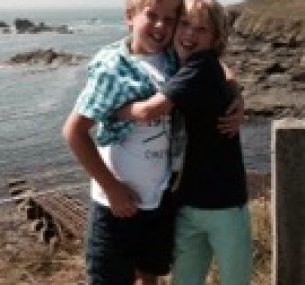 This is remarkable since he lost over half of his infant school time because of his illness. He was diagnosed just as he started in reception, and didn’t finish treatment until Year 4. A very long time.

Tomas and Daniel are due to start Secondary School this September which is fantastic. During Tomas’ treatment I raised money and awareness for Children with Cancer UK by running both the Great South Run and the London Marathon. 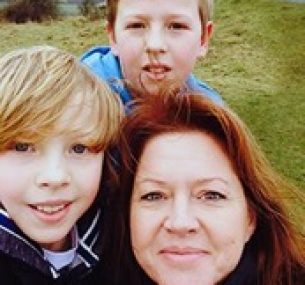 If you’ve been touched by Tomas’ journey, help us invest in the high quality research that really matters which would otherwise go unfunded.

The most common form of leukaemia in children is acute lymphoblastic leukaemia (ALL). This cancer of the white Read more
Read more
Previous Next