Home > Stories > Finding out what tumours are addicted to

Finding out what tumours are addicted to

Rare diseases are often underfunded, so the work of the few research groups that dedicate themselves to these becomes essential for finding new treatments and bringing hope to the affected kids and their families. 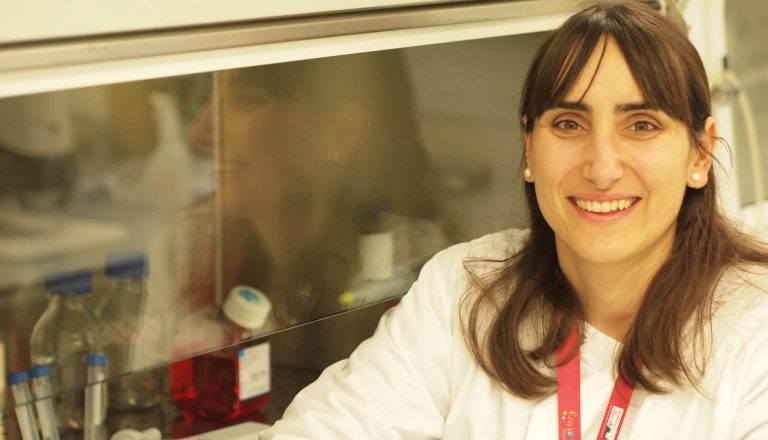 I am originally from Tucuman a small town in the north of Argentina. After my PhD, I moved to the UK to further progress my scientific career. In 2009, I joined the group of Professor Gerry Melino at the MRC toxicology Unit in Leicester, as a postdoctoral fellow. The group’s main research focus is to understand the role of a family of genes, the p53-family, in the formation of tumours. In 2014, I won a prestigious fellowship from Children with Cancer UK to work on medulloblastoma, a rare aggressive paediatric brain tumour and a major cause of mortality in children.

We all know someone who has suffered from cancer and its’ effects. My dad has been battling colon cancer for many years now. My uncle has been struggling with a metastatic prostate cancer for two and a half years. I can empathise with the physical and emotional pain that these children and families are going through.

Either way, cancer touches our lives invariably. We all hope for the development of new and more effective treatments that are accessible to all. Rare diseases are often underfunded, so the work of the few research groups that dedicate themselves to these becomes essential for finding new treatments and bringing hope to the affected kids and their families.

My work on understanding medulloblastoma

I currently work on medulloblastoma, a paediatric brain tumour and a major cause of mortality in children. These tumours are malignant and patients have to undergo aggressive treatments leaving survivors with severe side effects. Hence, more targeted and less toxic therapies are vitally needed to improve the quality of life of survivors.

My work focuses on understanding the chemical reactions that allow tumours to stay alive, a process called “metabolism”. It aims at understanding how the metabolism of medulloblastoma is regulated and whether and how these tumours could be starved of essential components of their diet to strengthen the effect of chemotherapy given to these patients.

You may have heard about calorie restriction and ketogenic diets in the news. As early as 500 BC, fasting was used as an effective treatment for many medical conditions. Data from experimental and epidemiological studies indicate that obesity due to excessive energy intake and minimal physical activity increase the risk of developing cancer. In contrast, some studies suggest that calorie restriction may have several health benefits for humans like reducing the risk of developing cancer. 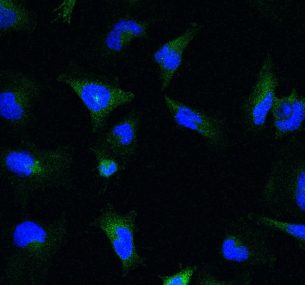 The ketogenic diet has been shown in many studies to be particularly helpful for the treatment of epilepsy conditions in infant. Data from case reports and trials suggest ketogenic diet use is safe and tolerable for patients with cancer. Unfortunately, the use of the ketogenic diet as an adjuvant to cancer therapy is a matter of debate. There are many studies showing that ketogenic diet improve cancer survival. But, some studies did not show this benefit.

My research is focussed on the study of glutamine (Gln) metabolism in medulloblastoma tumours. Glutamine is considered a semi-essential amino acid and, typically, in the cell it can be produced from the metabolism of other amino acids. Gln can be used for the cells as a source of carbon and nitrogen. An increased demand for Gln by tumour cells has been recognised by researchers for almost a century. I discovered that a proportion of medulloblastoma are addicted to glutamine. Therefore, treatment with glutaminase inhibitor maybe a good strategy for aggressive medulloblastoma.

The success of personalised medicine is dependent on our ability to identify the Achilles heel of a particular tumor. Indeed, “Glutaminase inhibitors or Ketogenic diet or Arginine restriction diet” are not suitable for treatment of every tumor. However, as we increase our understanding of the particular roles that metabolism plays in tumours cells and the role played by specific genes in metabolism regulation, we get ever closer to developing effective targeted therapies for each tumour. 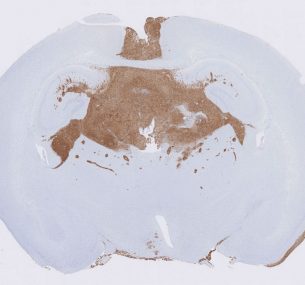 The most common childhood brain tumours are called medulloblastomas. They are divided into different types, and because each responds

Lucy was diagnosed with a pituitary blastoma when she was seven months old. Her mum Sarah shares their story: