12 children and young people are still being diagnosed every day in the UK during the COVID-19 pandemic.

Please give hope to children facing cancer amid the uncertainty.

Eve was diagnosed with craniopharyngioma in 2019, at the age of 10.  Her mum, Penny, shares their story.

Support children like Eve in their fight against cancer. 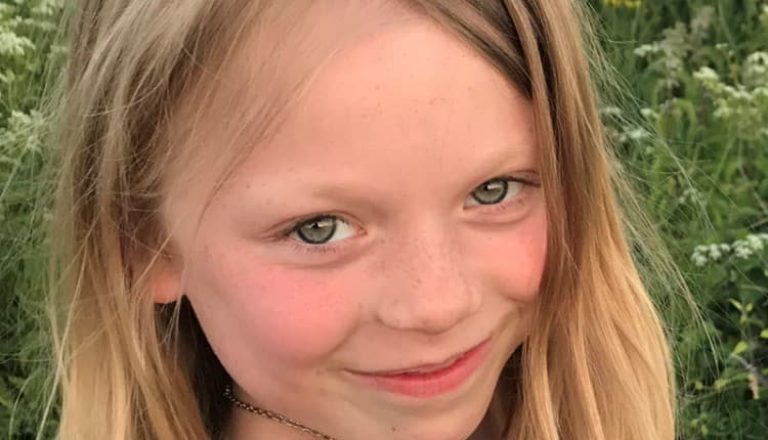 In April last year, Eve mentioned that her eye sight had gone a little fuzzy. She’d been suffering with headaches so I thought she may need glasses and booked her an eye test for a few days later.

During the test, Eve could barely read anything which was unbelievable. She had another test with someone else and after some further tests, the optician had some serious concerns and sent us straight to A&E. They ran some further tests there and said they weren’t concerned that anything serious was going on, so discharged us and referred us to ophthalmology to investigate the poor vision.

We had a holiday booked to Florida a few weeks later and this is when I started noticing other changes. Eve seemed to be off any cooked food, saying it made her feel sick and she was incredibly tired all the time. I felt like there was something seriously wrong with her. 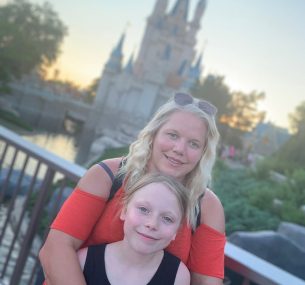 When we came back from holiday, Eve’s tiredness continued. We took her to the doctor a couple of times, but we kept on being told that nothing was wrong.

By now she was also getting into trouble at school – a complete change in behaviour for her. I remember talking to her Head Teacher and saying that I was worried about this and her health, but she told me it was probably just hormonal changes.

Eve had always been happy to sleepover at her friends’ houses, but I’d been out in the night a couple of times to pick her up because she was anxious, unwell, had been sick and one time even wet herself. We also began to notice that she occasionally had a droopy eyelid. 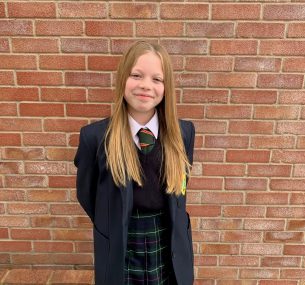 Finally getting an MRI scan

Just before Eve’s next eye test, I was out with a work colleague and she was talking about a charity event she was running in honour of her brother who died of a brain tumour. I asked her a few questions and soon realised that Eve’s symptoms matched her brother’s. I felt sick.

When we went for her eye test and when I saw the consultant, I told her about all of Eve’s other symptoms, which led her to request an MRI scan.

A week before Eve’s scan, she was having some friends over and when I went to check on them, I found Eve asleep during the day under the trampoline. She was sick the night before as well. Both of these events made me feel extremely worried, but I hoped that I was just being paranoid.

On the day of the MRI, I waited outside the room for what felt like ages. I saw people that had gone in after her come out and get sent away for results. When Eve eventually came out, we were taken downstairs to a private room. The consultant told us that they’d found a tumour which was stopping the fluid draining in her brain.

Eve didn’t cry when she was told the news. She was glad that they knew what was wrong and that she had a chance of getting better.

She was left in the room with the nurses and my husband and I were shown the scan. Our hearts broke. All I could see was this large mass which looked like it was in the middle of her brain. 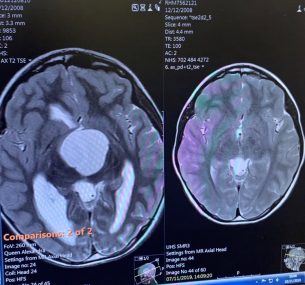 We were warned that Eve could go blind

We were sent in an ambulance to a different hospital so that she could be operated on the next day. We were warned by her surgeon that he might not be able to restore her vision and that surgery could cause her to go blind. We were left with no choice though. It had to be done.

I didn’t cry until after she was put to sleep and then I cried and cried like I couldn’t stop whilst she was under.

It felt like a miracle happened after surgery – just a few hours later, Eve told me she could see the sign above the opposite bed to hers. Her vision was returning and a few hours after that, she was reading a book for the first time in months!

The results came back to say her tumour was called craniopharyngioma. They couldn’t remove it as it would cause too much damage, but had placed a drain in her head to remove fluid as these tumours grow cysts.

The cyst was massive and had been pushing on her pituitary gland and optic nerve. Relieving the pressure brought her sight back and relieved the other symptoms she’d been suffering with. Eve returned to school part time, started dancing again and her energy levels were returning. 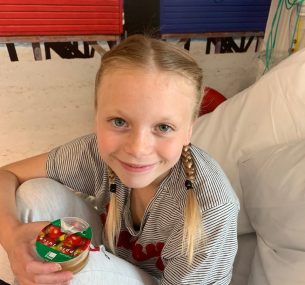 The return of Eve’s symptoms and proton beam therapy

This year, we started noticing an increase in Eve’s headaches again. On May bank holiday weekend, she spent the whole time in bed and had morphine prescribed for her pain.

It was no surprise when she had an MRI scan that showed her tumour had developed a new cyst that would risk her vision again if it continued to grow. This cyst couldn’t be drained in the same way as the last, so they recommended she’d need to have proton beam therapy.

The media were constantly saying that cancer treatments were being put on hold due to the COVID-19 pandemic, so this added to the stress as waiting lists would be long. The NHS often send people to the US for proton beam therapy, but that couldn’t happen during the pandemic.

At the start of July, we were told treatment was approved and we went for a planning week at hospital, starting treatment two weeks later. This meant a second summer holiday of treatment for Eve. I’d also just started a new job and so had to explain to them that I’d be needing to travel for her treatment. They were so supportive, giving me the time and space to do so.

Eve had to be fitted with a face mask to ensure that she didn’t move whilst they were doing the therapy. I don’t know how the kids lay there locked into the masks, but the team at the hospital were so fantastic, putting her at ease and using the beads of courage programme as motivation. 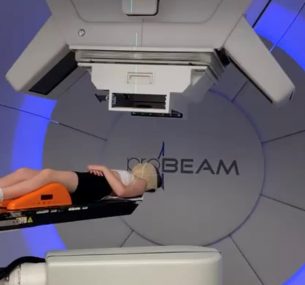 Eve got through her treatment and rang that end of treatment bell!

It can take up to 18 months until we know it’s successful and there can be some unwanted side effects such as a loss of pituitary function and the need to be on life-long drugs.

But at the moment, she is well enough to go back to school and we’ll have the three monthly scans to monitor and see if the proton beam therapy has done its job and we’re hoping no new cysts form in the meantime.

She’s doing amazingly well so far and we are planning on trying to get another holiday booked to make up for her being so unwell when we were in Florida.

When people talk about sick children, I always expected a child would be bedridden every day, but it’s not like that. The symptoms were so bad some days that Eve was bedridden, whereas others, she like any other normal 10 year old. The thing I have learnt through this is to trust your instinct and keep pushing hard.

It felt we were fighting to get people to recognise that Eve was unwell for ages, but in reality it was only a few months. A lot of parents I met at the hospital spent years trying to get to the root of what is wrong and that’s just too long. I just hope better treatments are found for children who have to endure so much at such a young age. 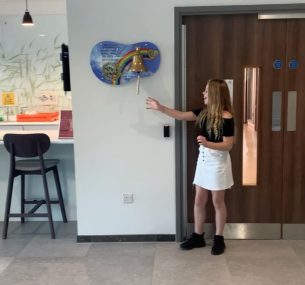 If you’ve been touched by Eve’s journey, help us invest in the high quality research that really matters which would otherwise go unfunded.