Liam was diagnosed with T cell acute lymphoblastic leukaemia in November 2017 when he was only eight years old.  His mum Joanne tells their story so far: 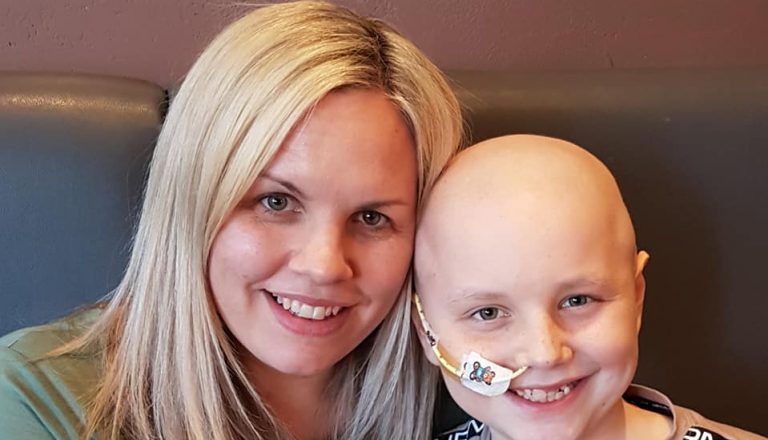 Our world came crashing down

Our world was turned upside down when our son Liam was diagnosed with leukaemia. The diagnosis came completely out of the blue as the week before Liam was Man of the Match in his football game, scoring two of the goals and looked so strong on the football pitch.

During the following week he started to feel unwell with a temperature. On the Tuesday I took him to the GP surgery, he was seen by the nurse who thought it was viral tonsillitis and it would get better on its own. Liam spent Wednesday at home resting, he was tired and giving off an unusually strong smell. That evening, there was no improvement in Liam and coupled with the smell, I wanted to be certain this was just a viral infection. We went to see the out of hours doctor. The doctor examined Liam and confirmed he had tonsillitis and that the smell was most likely related and prescribed a course of antibiotics. I gave Liam one course of antibiotics before bed and a further two doses the next day. By lunchtime the next day, there was no improvement. As Liam lay on the sofa he said ‘mummy, cut my legs off’. This was very out of character and I knew something wasn’t right so I phoned our GP surgery and asked if a doctor would see him again. No one was available so I phoned 111 and after telling them Liam’s symptoms they said, either call an ambulance or drive to the nearest A&E immediately. 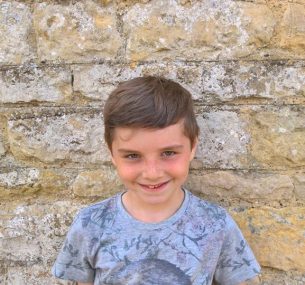 One shock diagnosis after another

I called my mum, and together we took Liam to the hospital. We waited about 20 minutes, when a paediatric consultant saw Liam. From then on, Liam was quickly started on antibiotics intravenously. Sepsis was mentioned and I was shocked. I remember asking the consultant if Liam was going to be ok and he said Liam would need to stay in hospital for a few days and that he wasn’t out of the woods yet.

I stayed overnight at the hospital with Liam, my husband went home to be with our daughter Lily, who was only nine at the time. My husband came back to the hospital in the morning and Liam was already looking brighter. We thought he’d be going home in a few days. A doctor came to see us at lunchtime and we were taken into a room where we were told the devastating news. Liam had leukaemia and needed treatment immediately. I will never forget the sheer terror and crushing pain I felt, not able to take in what was happening. Liam had always been so fit and healthy, so we couldn’t make sense of what we were hearing. Liam was immediately blue lighted to another hospital out of area where chemotherapy was started the next day. 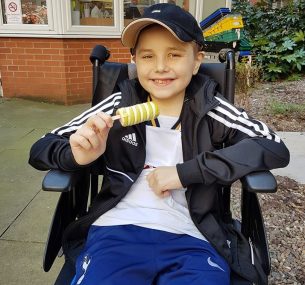 Liam wasn’t responding to the chemotherapy as hoped

The next few weeks were a blur. We had to sign lots of forms allowing Liam to have various treatments and surgeries. Initially we were told leukaemia had a high cure rate in children and the treatment plan would last for three years. Although this was going to be tough we believed Liam would be one of the 85% who survived. But after the first month of treatment, we were told Liam had not responded as hoped and it was identified he had a very rare leukaemia called ETP T cell. He still had 6% leukeamic blasts – anything above 5% was classed as an induction failure on the UK protocol.

Liam was immediately escalated to very high risk. To be told Liam had leukaemia was devastating but then to be told he was in the small percentage of children with treatment resistant leukaemia was too much to bear. Liam’s consultant advised chemotherapy wouldn’t cure him and he’d need a stem cell transplant once he got into remission.

We kept thinking ‘how could this be happening to our little boy’. You read about children being diagnosed with cancer and see it on social media and TV but you never think it will happen to your child. It was overwhelming, especially as I knew there was no other ‘tried and tested’ option available for children with T cell leukaemia on the NHS should the transplant fail.

Before Liam could have the transplant, he had to have six months of intense chemotherapy with the aim of getting his MRD to 0.01%. Some of this time was spent as an inpatient and the rest travelling back and forth to the hospital. In April we had to stay in hospital for a month because of a combination of chemo-therapies that made Liam very poorly. During this period Liam celebrated his 9th birthday in hospital. 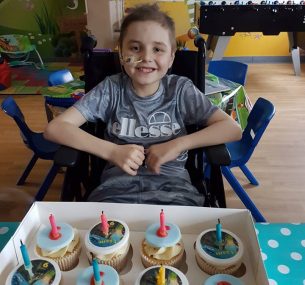 The side effects of treatment took their toll

Part of the protocol of the intensive chemotherapy meant giving Liam eye drops every two hours for 14 days whilst in hospital to help protect his eyes. This meant waking him up through the night every two hours, which was very difficult as he felt so poorly, tired and drained by the whole regime. During this time Liam had lots of symptoms and struggled to take all his medication orally, he would become angry and upset, knowing he had to do it but not feeling able. It was agreed Liam needed a feeding tube as it was becoming a stressful situation for him, us and the nursing team. I was worried about him having the tube, but it actually made things a lot easier and took the pressure off Liam.

Liam’s diagnosis and treatment has had a tremendous impact on our family and friends, especially our daughter Lily. Liam was receiving treatment out of area and my husband and I had to split ourselves between the children. Sometimes we both had to be in the hospital with Liam and during those times Lily would stay with my mum who has been a tremendous support. Lily’s aunties and uncles would also help taking Lily on daytrips to keep things as happy and normal as possible for her. Lily would also come and visit Liam which helped keep his spirits up… when they weren’t annoying each other! Liam’s diagnosis also had a big impact on his friends as Liam went from being a physically active, strong, full of fun boy to his appearance changing quite drastically and being absent from school. Liam gained a lot of weight from the steroids, lost his hair and had to wear the feeding tube. His friends and their families have been so supportive throughout. His friends came to visit him in hospital and to the house whenever Liam was well enough. The PlayStation was also a great way of staying in contact with his friends. Whilst in his hospital bed he stayed connected online with all his friends playing computer games. 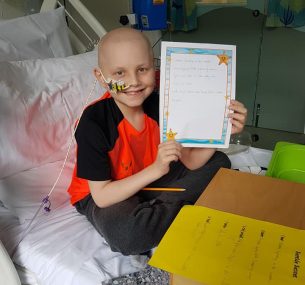 In June 2018, Liam finally got to the magic number of 0.01% residual disease and two days later was admitted to hospital ready for his stem cell transplant (never have decimal points meant so much!). The relief to finally be at this stage was immeasurable. Unfortunately, we had to be separated from Lily as Liam was now being treated two hours from home and had to be in isolation. My mum moved into our house to take care of Lily and keep her routine as normal as possible.

Liam had to have four days of total body irradiation, which involved a short walk each morning and evening for four days to a different hospital for the radiotherapy. He also had to have intensive chemotherapy, stronger than anything he’d had up to this point to try and kill off his bone marrow. After the conditioning treatment Liam was ready for his new cells from his donor. I can’t put into words the gratitude we have to this man whom we have never met, but who has helped to save our son’s life.

It was really upsetting to watch Liam suffering from the side effects of transplant, but the hospital had prepared us that the treatment was likely to make him worse in order to get him better. We were in isolation for just over three weeks whilst Liam’s new cells started to grow. During his stay in hospital he did manage to have a few lessons with the hospital teacher and also physio sessions (centred around football of course!). We were discharged from hospital about a month after transplant. It was a lot earlier than we’d expected and was such an incredible feeling to finally all be going home together and the hope that this was Liam’s cure. 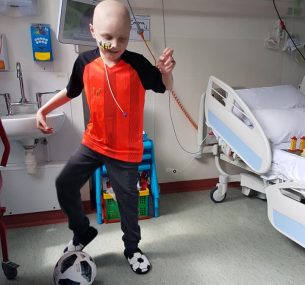 Liam is now 12 months post-transplant and we received the wonderful news that he is still MRD negative. Although it is early days, so far he is doing well. Liam is back at school full time and playing football matches with his team mates. Throughout his treatment he went to football training when he was well enough and watched his team mates every Sunday play matches. The strength and resilience he has shown has been remarkable and we are beyond proud of him and his sister.

I wanted to share our story to try and give hope to others sadly going through a similar experience. If Liam continues to do well he will be able to ring the End of Treatment Bell in June 2020. We are hoping to share this moment with our family and friends but also with the fantastic staff at the hospitals who have looked after Liam so well and helped to give him this second chance at life. 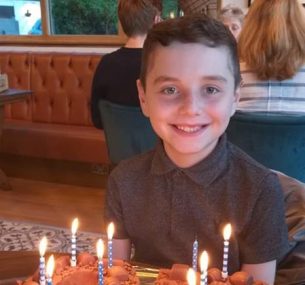 If you’ve been touched by Liam’s journey, help us invest in the high quality research that really matters which would otherwise go unfunded. 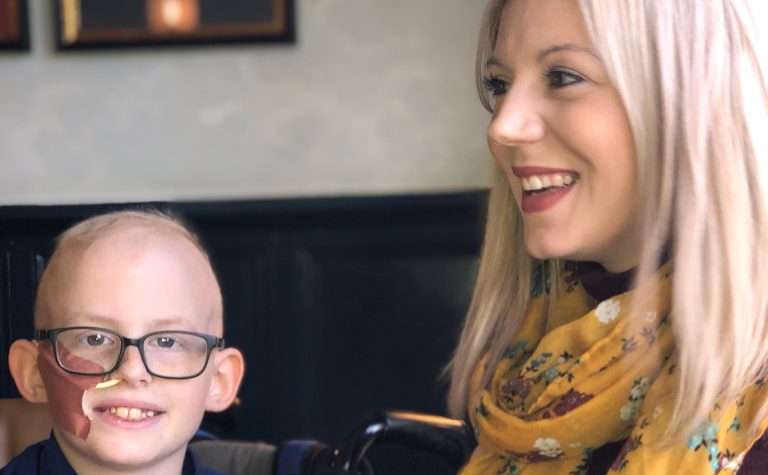 Danielle Mills, 26, of Kent, is running this year’s London Marathon for Children with Cancer UK after her best friend’s 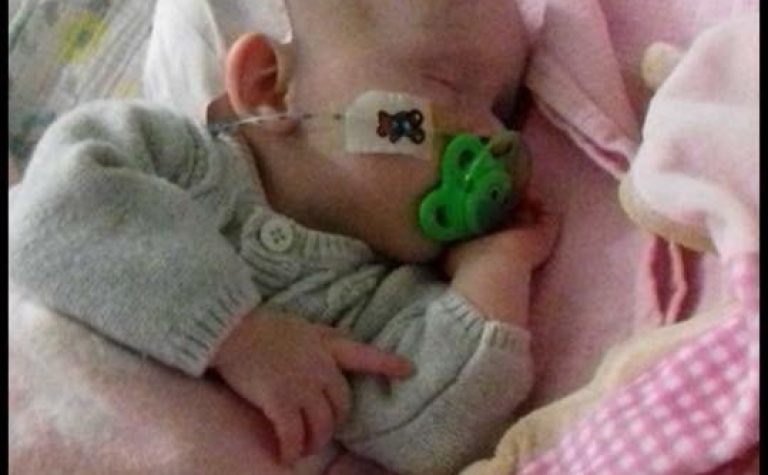 Lucie was diagnosed with a brain tumour when she was only five weeks old.  Her mum Philippa tells their 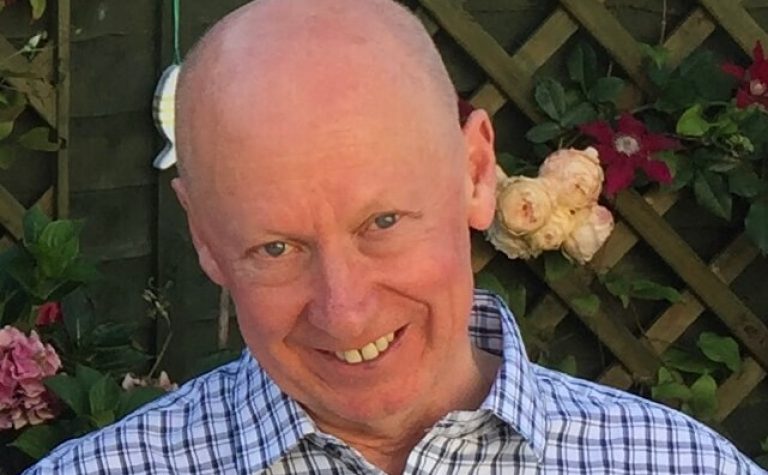 The research into late effects in children who beat cancer

People who survive cancer during childhood and adolescence are at risk of suffering a serious health condition in later life.