Frankie was diagnosed with Juvenile myelomonocytic leukaemia in 2016 when he was just one. His mum Jazzmyn tells their story so far:

Support children like Frankie in their fight against cancer. 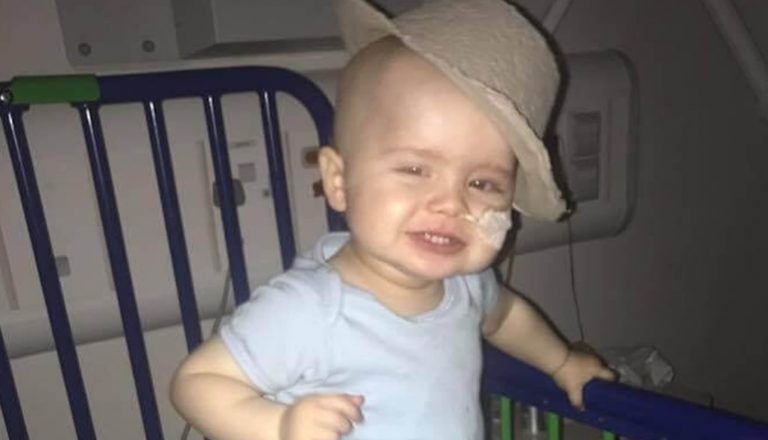 Frankie started showing symptoms of leukaemia at around eight months old. Frankie was spiking temperatures on a weekly basis, had night sweats, no energy and developed a purple pin prick type rash on the backs of his legs (this was actually a low platelet rash). I took Frankie to the doctors with these symptoms many times, but I was just told it was “viral” and to continue life as normal.

In December 2016 Frankie had not long turned one, he was still not crawling which rang alarm bells as he appeared to have no energy at all and was sleeping far more than he should at that age. I had noticed the purple pin prick rash had spread to his ears. I made an emergency appointment that morning and was seen at my local GP. The doctor who assessed Frankie said she thought Frankie had meningitis and called 999 for an ambulance, in the meantime the nurse gave Frankie the injection to start off antibiotics for this. 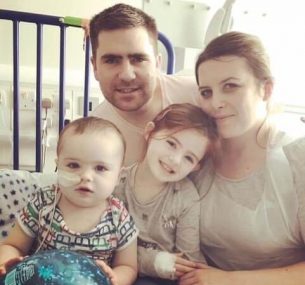 Diagnosis and the blood test that saved his life

Arriving to our local hospital Frankie was seen and the doctors said they didn’t think he had meningitis but they will take a blood sample just to be on the safe side. That blood test saved his life. On 23 December 2016, Frankie was diagnosed with a very rare form of leukaemia – JMML which is short for Juvenile myelomonocytic leukaemia. The rest of the family were devastated, heartbroken. It was the worst thing in the world telling our close loved ones that our little baby had cancer. But it brought us all closer together and a lot stronger as a family. We were told the only cure for this type of cancer was to have a bone marrow transplant. We were extremely lucky that Frankie’s older sister Skye was a 10 out of 10 match.

After a few complications, Frankie finally had his transplant 10 May 2017. Frankie recovered amazingly well and is now in complete remission. 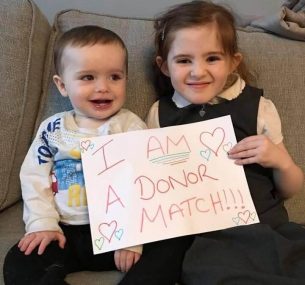 Ringing the end of treatment bell

We got to ring the end of treatment bell, not once but twice. The first time was in June 2017 when Frankie was discharged from the bone marrow transplant ward and the second time was in December 2017 when Frankie had his double Hickman line removed. We did not have family with us but we recorded the very special moment and were able to share this moment with everyone. The feeling was very overwhelming, I remember seeing other children ring the bell and longed and wished for that day to come. 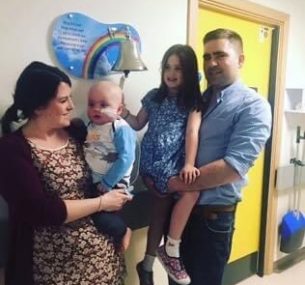 Frankie is unlikely to be able to have children of his own due to the strength of the chemotherapy he endured, we were offered before the bone marrow transplant to have a segment of testicle removed from Frankie but we chose not to have this process done as the infection afterwards was quite high so decided against this. Frankie could have complications with puberty but for now this is being closely monitored. Life at present is “normal” for Frankie, he has yearly check-ups at the children’s hospital and a check-up at his local hospital. Frankie may have complications going into puberty but all of that is monitored.

Luckily, Frankie was very little when he went through his illness, as he gets older, he does ask a lot of questions, we explain what happened and tell him; “you had poorly blood and needed to be fixed.” He looks at pictures with no hair and says he looks like grandad. He is very understanding and all of his questions are answered as simply as we can give them. 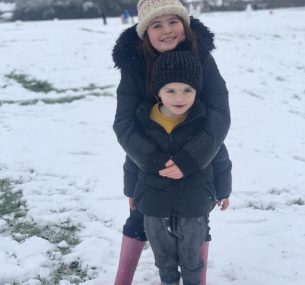 Over the last few years since Frankie finished treatment, I have struggled with extreme health anxiety and panic attacks. I had to have a couple of therapy sessions over the years which has helped me massively deal with Frankie’s childhood cancer journey. I am now in a good head space and have tried my hardest to move on from what we have been through.

If you’ve been touched by Frankie’s journey, help us invest in the high quality research that really matters which would otherwise go unfunded. 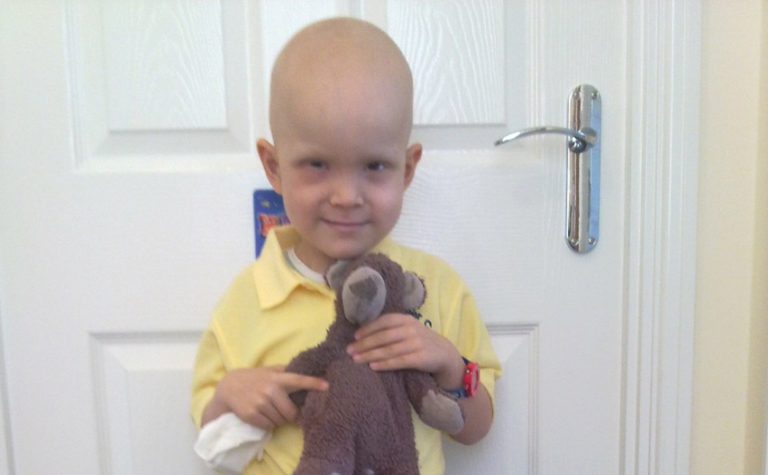 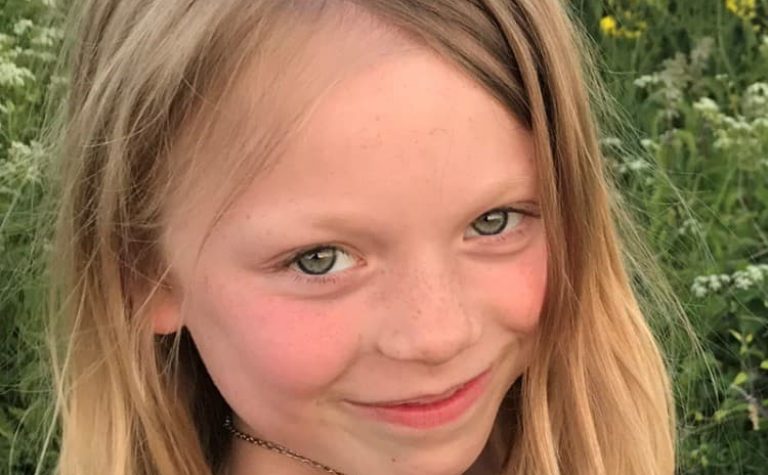 Eve was diagnosed with craniopharyngioma in 2019, at the age of 10.  Her mum, Penny, shares their story. Support children 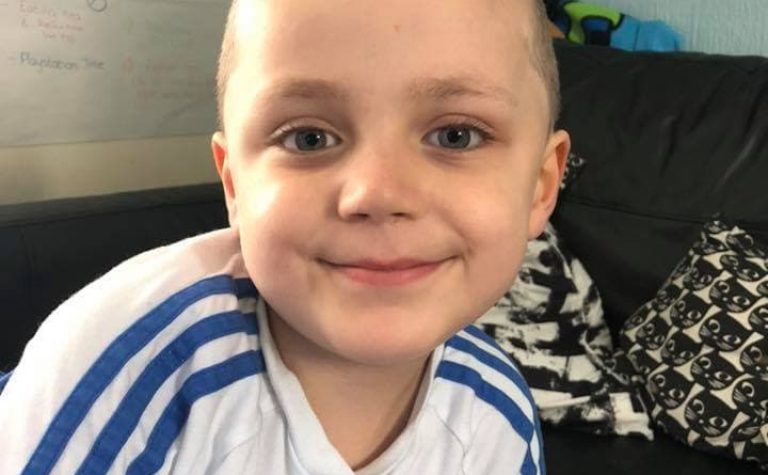 Thomas was diagnosed with T-cell acute lymphoblastic leukaemia in 2019 when he was five years old. His mum Gemma